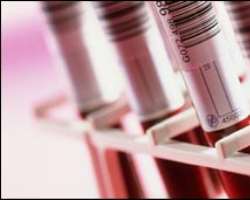 Routine HIV tests could be carried out in emergency departments

Routine tests for the HIV virus should be carried out in casualty wards and GP surgeries, according to experts who say too many cases are going undiagnosed.

Eight pilot projects were carried out across England in areas that have a high rate of HIV infections and found some cases were being missed.

The study also asked patients for their views.
More than 95% said they thought testing for HIV was a good idea.

One study of emergency hospital admissions found that only a quarter of undiagnosed HIV positive patients were correctly targeted and diagnosed.

These findings come in the wake of a study published last week by the Health Protection Agency (HPA) that showed more than half of all HIV cases last year were diagnosed late.

Anne Milton
Public Health Minister
“The later people are diagnosed with HIV, the more difficult and expensive it is to treat them, the poorer their outcome may be, and the more likely they are to have transmitted the infection.”

The new studies also suggest that doctors may be missing HIV cases because of preconceptions over what someone with the virus may look like.

At present testing is recommended in areas where there are a greater number of cases of HIV but this doesn't happen across the board.

All pregnant women and anyone who is sexually active and attends a clinic for sexually transmitted diseases are automatically offered a test for HIV.

Almost all pregnant women who are offered a test say yes.

And it seems that patients are also fairly relaxed about routine testing for HIV.

The study found that 95% of patients in a casualty ward and nearly 97% in a GP surgery agreed that testing was a good idea.

“Earlier diagnosis means people can start treatment as soon as possible and live a near normal life.

“It also helps prevent spreading the virus, so it's good news that people are happy to be tested and we can pick up cases of HIV that could otherwise be missed or found much later.”

Instead it would be focused on areas with the highest rates of HIV.

In England that would cover around a quarter of Primary Care Trusts.