The Hype: The Child 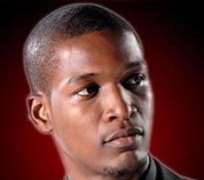 The delectable Wole Ojo won the fourth AMBO competition and so he gets to star in their latest movie - The Child. Apparently its a Benin based epic starring Joke Silva, Bukky Ajayi, Alex Osifo and as always directed by the fabulous Izu Ojukwu.

Directed by Izu Ojukwu, 'The Child' revolves around a Benin town's expectation of a 'child' promised the community by the gods. The advent of the child will see to the end of the town's problems which include drought and recurrent war defeats, especially against the strong army of Ijogun.

Two children, at least as far as we can tell, are born on the said night; one is by the widowed queen Ifueko, played by Joke Silva, whose uncle the Iyase (Alex Usifo) is the regent. Another woman gives birth to a son. The rains return, wars are won and a basket mysteriously retains water after the boys are born. As long as the basket holds water, the community knows their special one is still alive. As both boys grow up, so does the competition between them as both are intent to prove their 'childship,' despite the fact that all have accepted the crown prince Nosa (or Omo as his mother calls him) as the special one (Edaeke).