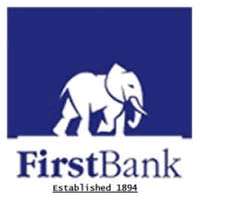 Two directors of the Niger Delta Development Commission (NDDC) - Mr Harrison Onwon, Director, Legal Services, and Mr Jimoh Gbejule, Acting Director, Finance and Supply – have been suspended indefinitely by the Board of the commission.

Their sack is a fall-out of the ongoing battle of wits that had plagued the interventionist agency in the last few months. The high-wired boardroom politics, that is threatening to cripple the commission, may also consume the Managing Director, Mr Chibuzor Ugwuoha, who the Board has also recommended for suspension by the Presidency.

Sunday Sun learnt that the Board took the decision at its meeting on Thursday, during which it resolved that the trio be suspended for illegally orchestrating the transfer of US$20 million (about N3 billion) from its offshore account in Union Bank United Kingdom to an unauthorized account in First Bank, also in the UK.

The trio was also accused of forging a resolution of the Board to orchestrate the transfer of the amount.

A top official of the commission, who craved anonymity, confirmed the suspension of the duo, but said the Board could not take any action against the Managing Director as only the Presidency could do so through the office of the Secretary to Government of the Federation. The source said the decision of the Board has already been communicated to the Presidency and that Ugwuoha would be summoned to explain all he knows about the transfer of the fund, which he was said to have sanctioned.

Sunday Sun however gathered that the Managing Director actually directed the two principal officers to carry out the transaction as a preemptive measure to safeguard the funds of the commission due to the uncertainty surrounding the banking industry in Nigeria. He was said to have taken the action in good faith but, according to a source in the commission, he did not carry the Board along, which was 'the offence he committed.'

'So while he was acting to protect the money of the commission in the offshore account from the vicissitude of the banking industry in Nigeria, other members of the Board felt he had ulterior motives. 'The fact is that the money is intact. The signatories are still the same and nothing has happened to the fund. The money was not lodged in any personal account. It is still the commission's account, but it was moved from one bank to another to safeguard the fund in a more financially stable bank,' the source explained.

When contacted, the Special Assistant (Media) to the Managing Director, Mr Abraham Ogbodo, refused to comment on the suspension of the two directors and instead referred us to the Corporate Affairs Head, whom he said was the proper person to speak on the matter.

Ogbodo also said he was not aware of any move to suspend his boss by the Presidency even as he admitted that only Abuja could take such action against the agency's MD in the event of any wrongdoing.

Efforts to speak to the Head, Corporate Affairs, Mr Toye Abosede, at press time on Saturday evening however failed, as several calls to his mobile telephone line could not connect.