Movie Producers Fight Over Amina For A Movie 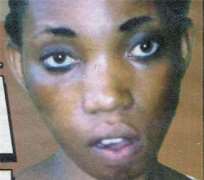 The movie industry is getting interesting by the day as producers are now actively looking for stories with the least opportunity in the country. Movies sell best with story lines so no wonder anything or issue that passes as a good story is being allegedly ambushed by movie writers and producers.

Movies like Asamoah Gyan, Issakaba Girls, Sakawa Boys, Mallam Isakawa, Oboshie and a few others became movies that producers were ready to spend their investment on. They did and recouped all the profit associated with it. There is a serious and a stiff competition to shoot a movie with the title “Amina” based on the mass rape that allegedly occurred on the Kintampo highway.

After analyzing the two scripts from two different producers, we realized that both were about Amina and the armed robbery incidence in relation to why Amina lied to the public. The other aspect has to do with the issue of whether the government in power is in support of the lies or not.

Although shooting of the two movies have not yet been shot, the two producers do not want their names to be made known. Latest reports have it that they are all lobbying to get Amina in the movie because the character fits her and it will help her in making the movie real.

One question which is begging for answers is the fact that movie producers usually talk about beauty for their cast, but if beauty is the watch word, then why are they struggling to get Amina in the movie with her looks in question. We are on the look out for which production house will be the first to release the movie for public viewing and a purported premiere.

For many who do not know much about Amina Mohammed, she is the 24-year-old mother who has captured national attention following her statement on Adom FM, a Tema-based radio station that there was a mass rape of women on a Tamale-bound bus on the Kintampo high way. The promo on radio will be Amina part one and twoooo when released.