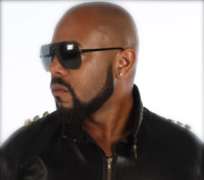 Top Hollywood actors including Malcolm-Jamal Warner, best known as Theo Huxtable on The Cosby Show, and Rockmond Dunbar whose roles as Kenny Chadway on the Showtime television drama series “Soul Food' stood him out are set to storm Nigeria as guest-stars for the forthcoming Africa International Film Festival (AFRIFF) slated to hold in Port-Harcourt, Rivers State capital from December 1 through 5.

Warner is a celebrated Hollywood actor who starred in the NBC comedy “The Cosby Show” from 1984 to 1992. He went on to co-headline in Malcolm and Eddie from 1996-2000. His other credits include a stint on Dexter and The Cleaner.

Equally Rockmond Dunbar is well known for his leading role as Kenny Chadway on the television series 'Soul Food. He also had a recurring role on the UPN series Girlfriends.

Named one of Television's 50 Sexiest Stars of All Time by TV Guide, Dunbar came to prominence as Benjamin “C-note” Franklin on the hit show, Prison Break, from 2005-2007. He got his first break on Steven Spielberg's Earth 2 back in 1994, and has since appeared in a number of popular television shows such as Pacific Blue, The Practice, The Pretender, Felicity, Girlfriends and Soul Food. He is currently part of the medicaldrama, Heartland.