Omotola’s driver vanishes with her Navigator 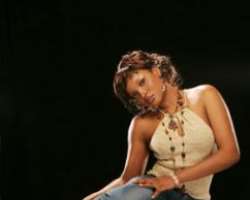 As Nollywood star actress, Omotola Jalade Ekeinde still counts her woes as a result of her eviction at the just concluded celebrity Takes 2 Reality Dance show, her driver has vanished with her brand new Lincoln Navigator jeep.

It was gathered that due to her busy schedule with the reality show, she sent her driver to the suv for repairs, that was the last she saw her 'wonder on wheels' as the driver has disappeared with the vehicle till date.

According to sources, the screen goddess has gone ahead to arrest the man who recommended the runaway driver since all efforts to trace him has failed.

Meanwhile, Omosexy who is still regretting why she agreed to participate in the celebrity show in the first place, has blamed the judges of the celebrity Takes 2 Reality Dance show for her eviction. According to her, the judges were very unfair and very stingy with marks.