MY JOURNEY TO GOVT HOUSE, BY FAYEMI 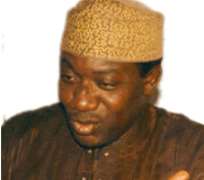 Fayemi
Settling down
I think that in life you must always know that there can be no gain without pain. I think that is the central lesson. However you may define it that people talk about my doggedness, about my tenacity, spirit of resistance and all that. All about that may be true, but it would be immodest on my part to place all of what happened on those values.

I think that the greatest strength that got me going throughout the struggle was really the irrepressible nature of the Ekiti people and I was particularly lucky because I had no reason to pay people to go to court. They would go and be there by 6.30, they would even tip the civil defence people if there are too many people inside the court so that they can just go in. They would do that, organize their own prayer sessions, they would go to the mountain top, everything.

So, when people talk about your courage, your boldness, I say to them, did I really have a choice? Could I have walked away with this kind of support base that the people are championing? For me, I think the lesson for me is that if you have the people really behind you, you can fight a thousand battles without looking back because you know that they will be there in defence of the truth.

I also think that it is important to believe that once you are clear about the correctness of your position as an individual there will be a lot of thorns on the way, there will be a lot of difficulties. There were days in the struggle that I could not boast of five thousand naira in my account in the course of the struggle and I had to depend on my wife for sorting out family challenges which is a problem we all face in everyday life.

But the impression has been created that when you are in political struggle most especially in Nigeria you must have some load of cash stashed away somewhere and all you do is just withdraw and then just throw it out. But it was never like that. The people who were with me they knew the kind of challenges we faced. The kind of difficulties we had to confront and how we managed to stay afloat in those difficult times. But I think that the most important thing is just be truthful to yourself and insist that anything that you cannot defend in public don't just do it in private because the world is a small place and for this kind of struggle you are going to confront all sorts of contradictions.

There were places people asked me to go to, there were all sorts of things. You know we are rural people, we are traditional even though we are well read and there are a number of things which happen in this kind of struggle which I know you can imagine. And if you are not a strong character it is possible for you to collapse under this kind of pressure. Those are the lessons that I draw and I leave it to others to draw up additional lessons.

Dissolution of the councils
I came into this office on Monday morning after I was sworn in on Saturday. The first thing that I received on getting inside this office was a summons from the court brought in by my secretary and the summons was to appear in court in response to an interlocutory injunction to restrain me from dissolving local councils. I had never said anywhere that I was dissolving local councils, it did not appear anywhere in my speech.

We had a case that had been in court for two years and you would recall that local government elections took place in this State December 15, 2008 and we had challenged the legality of the body that organized that election, that is the State Independent Electoral Commission and that matter because it was in a state court had dragged and dragged without any resolution.

We then went and filed another case. But those two cases were not about dissolution, they were cases about the period of notice for the election which was 150 days between the time you announce and the time the election takes place and then, the constitution of the electoral commission. Of course, since that case was filed we had had judgment in Osun up till the court of appeal making it clear that our position was the correct position in law. That case is still subsisting in the Supreme Court now.

So, this case came before a Judge on Friday October 20, 2010 and by the time they got to court, somehow, maybe somebody advised them or something happened they had realized that they were suing Kayode Fayemi and not the Governor of Ekiti State because that was the person they filed the case against. So, they decided that they were withdrawing their case and the Judge struck out the case.

You could say that we could have left the situation like that, but then we heard and then security agencies were also keeping us abreast of developments that had started in the various local governments, about looting of government property, about the removal of government vehicles into private places and I thought that it would be irresponsible on our part to have just pretended that we didn't know what was going on.

It was clear to us that the agenda was to provoke us into ignoring them, that you know that Kayode Fayemi is a kind person, he had said that he was not into witch-hunting, he is not after reprisals. Yes, I am not after reprisals but the truth of the matter is that any baby lawyer will tell you that you cannot put something on nothing. The government that organized the election that brought the local government chairmen had been declared a non-existing government in this State. Not just for the 2009 election re-run, but also for the 2007 original election because the court of appeal said 'you (Segun Oni) did not win both elections and your certificate of return should be withdrawn.'

One of the reasons that we have not put transition or caretaker committees in place is to ensure that the matter that is before the court is quickly disposed off and we said that the most senior civil servants in the local governments should take over. So all the grandstanding about going to the House of Representatives to get some accountant general and the IG to arrest or ignore or block our local government funds…I mean any sensible person would know that there is no way that is going to fly any where. I saw the Accountant-General yesterday (last Thursday) and asked him when are you going to stop our local government allocation and the man smiled that nobody has told him anything!

It is serious business, we should not be using the hallowed chambers of our legislature to conduct this kind of kangaroo thing and I am glad that the Senate made it clear that they were not going to be part of this rubbish which of course, renders irrelevant what transpired in the House of Representatives because as the Senate said, the subsisting law is that the House of Assembly in the State is the body that is in charge of local governments. So, if the House of Assembly refuses to ratify what we have done, fine. We will go back to where we were before, but if they do, nobody in Abuja can do anything about it. Of course, you know of the Supreme Court position on this matter.

Oni's govt
In law and I think I should know., I have spent three and a half years in court back and forth even though I am not a lawyer….In law, you know what we call the Doctrine of Necessity, doctrine of necessity; does not necessarily make what is illegal legal. All it does is allow in a manner of convention certain things that are irreversible and that is my simple answer to your question. Yes, I cannot reverse budgets that have been implemented but that does not make them right!

Machinery of government
Absolutely right. One of the most bizarre findings that have been coming out of our ministerial briefing relates to this. We had in a small state like this under the last administration 21 commissioners and 14 Special Advisers of cabinet rank with all the apparatus of office, and one of the bizarre ways in which they did it was to have Ministry of Youth, Sports and Social Development which would be the normal way it is done in other places, but (what was done) was to have Ministry of Youths as a ministry, Ministry of Sports and then Ministry of Social Development. So, you have three ministries in one and you have three commissioners and three permanent secretaries, and on and on like that.

So, you had a situation where the recurrent expenditure in this State was almost reaching 70:30 ratio, in fact, it was the other way round from what the late Chief Obafemi Awolowo said. And that is why you have this state dotted all over with the highest number of abandoned projects, roads, other infrastructure, you name it. Even the existing ones are in total shambles. I have not moved into Government Lodge because the place I am supposed to live is leaking. Where my illegal predecessor stayed is leaking, his bedroom. That is a fact.

He was living there and the same thing happened at our lodge in Abuja. So, I began to wonder, maybe it was a deliberate strategy for his bedroom to leak, because I couldn't understand it. Simple things that should be fixed and that is across the length and breadth of the state. So, we have got to do something about that.

I will go on record and tell you some of the specific things we will do. We will not have more than the constitutional requirements and it is also because that is what the constitution requires. We must have a commissioner or a cabinet rank person from all local governments. So we won't have more than that 16, because we have 16 local governments here. It is the requirement of the law, and we can't do anything about that. We will run a very lean government.

If you don't have a role in government, we will find you something if you think you have contributed and there are debts to pay in politics. So I am not going to sit before you and tell you that those who have been with me in this journey for three and half years are not going to make demands. I am dealing with demands as I sit here. Local governments and communities are struggling over positions and Ekiti is small and we go by what you call zoning. Not zoning of the kind that you are dealing with in Abuja but here we have our own peculiar zoning.

If House of Assembly comes from here, commissioner cannot come from there. If commissioner comes from there, Special Assistant must go to another community in that local government. If it is a one town local government they share it ward by ward. Those are the practical details of politics but we will try and strike a balance between fulfilling those demands of politics, and ensuring effective and efficient government structure.