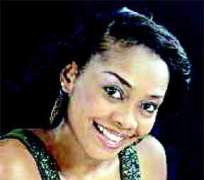 Writing this piece proved to be a very difficult task. Although I had a fair idea of what I wanted to write, it was not that easy to proceed. Beginning with the headline which would set the tone, I struggled to find the right words. Yet, it's really not that difficult. By the way, I am talking about the Peak Talent Show, season 2 (just in case it's not that obvious).

I do not recall watching the first season of the Peak Talent Show but I've seen a few episodes of the show in its second season. And the first time I watched the show on a local TV station, I was speechless with wonder. I exaggerate as I wasn't quite speechless because I was running a commentary while the programme was going on.

The picture quality was very poor as the show looked decidedly pre-Independence. Things did not also look quite right with the presentation. It had nothing to do with the comportment of the duo of Tana Adelana and Mofe Duncan. But it had everything to with the camera work which was askew…like there were not enough cameras or something.

Fortunately, I now watch the Peak Talent Show on the Africa Magic. And the very first noticeable thing is that this platform presents the show in better light. Conversely, because the show looks better on Africa Magic, it also brings home in stark reality where the gaps are: From the set, its colours and graphics, the general ambience is definitely not quality at its peak. The part I can't get over is the pre/post performance interview which Tana holds with contestants away from the set.

Usually, what the viewer sees is half of her face (side view) as she talks to the contestants. I don't know if this is as a result of inadequate cameras or a deliberate artistic rationale. But suffice it to say that if the Peak Talent Show 2 had been Tana Adelana's first presenting job on TV, it's very doubtful she'd have people falling over themselves to offer her more work.

No one can compare the bubbly and sophisticated Tana Adelana on MNet's Let's Dance Nigeria with the one on the Peak Talent Show 2. They're a world apart. While the former was a pro, the latter is an intern, at best (and this is really not being fair to interns).

Lest we miss the point, my dissatisfaction with the Peak Talent Show 2 is because of the perceived quality of the brand behind the show. I wouldn't have undertaken to write this if the show was being sponsored by some fly-by-night brand. Who doesn't know that the Peak brand stands for quality? Going by Peak's 'It's in you' slogan, one would undoubtedly say quality is in Peak. So, why do we not see the same quality in the technical production of the show?

Now, I know I may be accused of being ignorant of the show's concept, target, etc. And my response to that would be: No target or rationale is important enough to downgrade your brand value for.