MPS: OUR NEC MEMBERSHIP NOT SELFISH 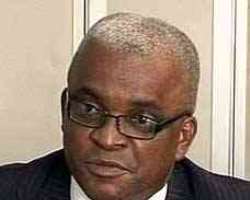 Hon Eseme Eyiboh
The attempt by members of the National Assembly to amend the 2010 Electoral Act and pave way for all the 306 members of the House and 109 Senators to be members of their respective political parties' National Executive Committees (NEC) is not a self-serving endeavour, according to the House of Representatives' spokesman Mr. Eseme Eyiboh.

Eyiboh, who spoke to newsmen at the National Assembly Complex yesterday, said the insinuations that the latest amendment of the electoral law was for their selfish ambition was not correct. He said, 'The intention of the amendments and why it is necessary is that the legislature and the political party are the key institutions which give meaning to democracy. For that reason we have a responsibility to contribute to the democratic development of the country in furtherance of our constitutional responsibility as enshrined in section 4 of the 1999 constitution.

'We have witnessed many court rulings on the last general elections, many of which were as a result of lack of internal democracy in our political parties. Therefore we are creating a broad based consultation and platform that is intended to enlarge the highest decision and making policy body of the NEC.'

Eyiboh also said the amendment was meant to ensure that nobody has complete control of the things that the NEC decides upon because society is dynamic. 'If the process of decision is widened, it will reduce and minimise conflict,' he said.

He also allayed fears that the new amendment may open another window for President Goodluck Jonathan to re-introduce amendments to section 87, 8 of the extant Act to make his ministers, hundreds of ambassadors and aides to be delegates in the upcoming presidential primaries of the ruling Peoples Democratic Party (PDP). The lawmaker said, 'I am assuring all Nigerians that there is nothing in the bill that will open a hole or window that can be used to re-introduce something that is devilish. We are in a covenant with Nigerian people and we are not going to renege on that.'

The amendment bill, sponsored by Reps. Cyril Maduabum (PDP, Anambra) and Igo Aguma (PDP, Rivers), seeks to insert a new Subsection 4, 12 to section 87 of the extant Act which is specifically intended to address the issue of membership of party NECs.

If it scales through, all 270 PDP members of the House of Representatives and all 88 PDP senators will automatically become members of the party's NEC, thereby replacing the current largest bloc, state branch chairmen and secretaries [74 in all] and the governors, 28 of them as at now. The PDP federal MPs, 358 in all, will also multiply the membership of the PDP NEC four-fold.

Deputy Senate President Ike Ekweremadu, who led the debate on general principles of the bill in the Senate yesterday, said the legislature is moving for automatic membership of parties' NECs in order to widen participation in the decision making process of political parties.

According to him, 'The rationale behind here is to ensure robust discussion on party issues by a larger number of party members and to avoid a situation where a very few party members sit to decide the fate and affairs of a political party.'

While contributing to the debate, Senator Ahmad Ibrahim Lawan (ANPP, Yobe North) said ANPP lawmakers are already members of their party NEC and are only supporting the bill to help 'liberate' their colleagues from the PDP.