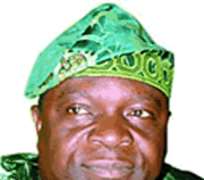 Oyinlola
The Appeal Court in Ibadan, Oyo State, yesterday reserved judgment in the appeal filed by the governorship candidate of the Action Congress in the 2007 elections in Osun State, Rauf Aregbesola, challenging the election of the Peoples Democratic Party (PDP), Prince Olagunsoye Oyinlola as the governor of the state.

The court was presided over by Justice Clara Bata Ogunbiyi, with Justices M.L. Garba, P.A. Galinge, C.C. Nweze, and A. Jauro as members.

At the sitting of the court, Aregbesola's main appeal and the cross appeal filed by Oyinlola were adopted and argued by the parties who were each given 30 minutes and 15 minutes respectively to present their arguments.

Aregbesola's legal team was led by Ebun Sofunde, although Chief Akin Olujimi (SAN) was the one who argued the case. Other lawyers in the team were Mr. Rotimi Akeredolu (SAN), Mr. Kola Awodein (SAN), Mr. Deji Sasegbon and Professor Yemi Osibajo, among others.

The Independent National Electoral Commission (INEC) was represented by Mr. Ayodeji Bobadejo while the Attorney-General of Osun State, Mr. Adeniyi Owolade, who was compelled to give the name with which he registered at the Bar, represented the Inspector-General of Police.

Chief Olujinmi referred to four main issues in the main appeal upon which he wanted the court to set aside the verdict of the Justice Alli Garba-led Election Petition Retrial Tribunal, which had dismissed the petition last May. The senior advocate told the panel that though the INEC and its officials filed a reply to Aregbesola's petition, the commission failed to call any witness to defend the allegations of irregularities and non-compliance with the provisions of the Electoral Act 2006 levelled against it by the petitioners.

This, he argued, implied that INEC had abandoned its case, adding that the case of the petitioners was not challenged in any way.

He listed the issues of non-counting of the votes, non-announcement of results by INEC officials as part of irregularities in the conduct of the election which the petitioners complained about in the petition.

'We called 75 witnesses, who were going from one polling unit to another that day. Your Lordships have held in the case of Lasun versus Awoyemi that the evidence of the supervisors was credible and reliable,' the SAN told the panel.

He cited the cases of Fayemi versus Oni recently decided and Agagu versus Mimiko to support his position, adding that the tribunal failed in its duty in law, to consider several documents tendered by the petitioners.

Olujimi asked the court to declare Aregbesola the winner of the election after nullifying the results of the April 14, 2007 polls in 10 local government areas of the state.

He alleged massive irregularities in the conduct of the election, adding that INEC failed to reply to all the allegations of irregularities.

Again, he argued that in exhibit 92, which related to Boripe Local Government, the 14,497 votes declared by INEC were more than the 12,631 voters that were registered and yet the lower tribunal, which delivered its judgment on May 28, this year did not consider it.

The INEC, he alleged, failed to announce and count the results of the affected place and also failed to produce voters register which was crucial in any election.

Said he: 'There are 10 local governments that the appellants are complaining about and if your lordships agree with the issues raised, you would see that the petitioner has more votes than the respondent. And you would see that he should be declared the winner of the election.

In his own submission, Alli said the appellant failed to plead the issue of over voting and that Aregbesola should not be allowed at this stage to change the rule of the game. He said the evidence adduced had not proved the case brought before the tribunal.

He faulted the cases of Kayode Fayemi and Segun Oni which Olujimi cited, saying the case was based on peculiar facts and circumstances.

On the analysis of finger print, the lawyer argued that the analyst only dealt with 10 per cent of the ballots, which, he said, could not be taken to be a conclusive work.

But Olujimi said that all the analyses of the ballot papers had been done before the death of the forensic expert, and that it was only the review that he could not conclude.