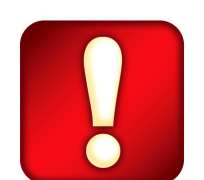 Attention of the Nigerian Film Corporation (NFC) has been drawn to the activities of some individuals who now pose as film producers, directors and marketers with the intention to con and deceive young and unsuspecting Nigerians who intend to take to filmmaking or acting as a career.

According to a statement by the Corporation, her concern was re-enforced lately by several desperate enquiries by individuals, government agencies, the organised private sector and foreign embassies in Nigeria, which indicates that these faceless dupes have intensified their efforts to thwart the very good efforts of Nigerian motion picture practitioners and bring the industry into disrepute.

The current wave of Emails and bulk message calls for movie auditions, training & capacity building, by faceless individuals with untraceable addresses, the Corporation added, has become worrisome. These con artists call for expression of interest from unsuspecting members of the public to either present themselves to take up non-existing acting roles or be part of a film crew, urging interested persons to deposit huge sums of money in bank accounts.

The Corporation hereby alerts the public to be wary of such bulk messages and emails so as not to fall prey of these con artists. In addition, the NFC sternly warns those behind these unwholesome and nefarious activities to desist henceforth or be ready for the dire consequences of their acts as relevant law enforcement agencies have been placed on notice.

Industry Guilds and Associations, the Corporation said, should commence the process of also tracking down these individuals who sometimes drop names of distinguished practitioners within the industry, with a view to having them apprehended and adequately punished. Brian EtukHead, Public Affairs