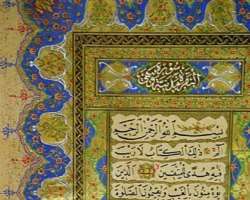 Early in October, Shehu Sani started preparations for the opening of his third play, The Phantom Crescent. He wanted to perform it outside, in a park in Kaduna, where people could easily gather to watch.The actors were hired and the invitations posted. Those invitations, however, caught the eye of clerics in this northern town of Nigeria. On October 3, a few days before the opening curtain, the Upper Sharia Court in Kaduna State issued an injunction, preventing anyone from "selling or in any way circulating" the manuscript.--Elizabeth Dickinson

Today, Sani is still waiting to perform his play. After three weeks and two trial days in Kaduna, the court ruled on October 22 that it did not have jurisdiction over the case. Yet the ban on the manuscript remains in place. The prosecution says it will ask the Sharia Court of Appeals to compel the court to render a verdict.

Sani's manuscript is not just any play; it is a scathing satire of Sharia Law. Nor is Sani just any playwright. Once imprisoned under Nigeria's former military government, he has been an outspoken human rights advocate in Nigeria's north.

That region adopted the Islamic legal code for civil cases eight years ago amidst much controversy. Clerics and proponents of the laws argued that Sharia would be free of the corruption and inefficiencies of a usual court here. Many human rights activists and non-Muslims cried foul. A crisis ensued and hundreds (some say thousands) lost their lives. Christians fled south, and Muslims fled north. Only recently have both groups started returning.

Today, Sani argues that Sharia has become a political tool, helpful in winning voters and suppressing opposition. His criticism is scathing. "Under Sharia law everyone is a sinner with the exception of members of the ruling party, tokenistic clerics, businessmen and feudal lords co-opted to the government side," he writes in his introduction to the play.

Sharia is a matter of class as well, he says. "It is the poor who commit adultery in hotels, the poor who take motorbikes, the poor who entertain in bars," Sani says. "The rich have access and can move to do those things in other parts of the country, where there is no Sharia Law."

Sani says he wants the masses to fight back for the first time - something he hopes is already happening. The inside cover of his manuscript offers one of his most vivid illustrations: a news article dated September 29 from another northern state, Zamfara.

Earlier in that month, the Sharia police, or Hisbah, forbade women from riding on motorbike taxis, a common and inexpensive means of traveling around the town. Okada riders, as the bikers are called, stormed the Hisbah Commission, demanding that the decision be reversed - if for only economic reasons. Demonstrators are quoted in the Weekly Trust article saying that women are their primary customers and sources of income.

The Phantom Crescent satirizes all of the familiar characters of the Sharia code - lawyers, judges, police and politicians. Prosecution lawyer Barrister Sherif fears that the play could incite the kinds of religious violence the North has worked so hard to quell. "We will not allow the interests of the public to be compromised in favor of the interests of an individual," he said. Indeed, the case has already sparked wide attention in the north. Some 400 people attended court on the opening trial day.

Sani and his lawyer, Barrister Sanusi, however, say that this case is just one example of a new clampdown on artists in the Sharia states.

In August, a scandal erupted when a cell phone video surfaced of Nigerian movie star Maryam Hiryana having sex with her boyfriend. "The sex video became an excuse for a new onslaught against artists," Sani claims. Kano state recently banned all films from carrying music. Some of The Phantom Crescent's would-be actors have received threats of violence and harassment.

Sani is not set to give up anytime soon, and he says will consider performing the play abroad if stopped from doing so in Nigeria. However, he is confident that if the appeals reach the Supreme Court of Nigeria, he will win. In the meantime, the park in Kaduna is empty and the actors' lips are sealed.