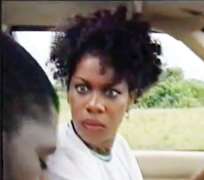 The 90's saw the emergence of a crop of brilliant movie makers, talented actors and hit movies in Nigeria with a few standing the test of time to date.

Although the movie was fashioned and released shortly after the 1996 Hollywood heist movie-Set it off, it still garnered attention, media buzz and hype.

A group of unemployed ladies decide to rob to make money disguised as men. This gives the police a hard time trying to track them down as they were on the lookout for male robbers.

The movie gets a lot more interesting when one of the girl's falls in love with the policeman who was in charge of the investigation. The movie gets to a climax when the policeman finds out that his lover is a member of the 'Most Wanted' criminal gang that his boss had assigned him to find.

The criminals on many occasions get away, however during their last robbery they were all killed, except for Askia's character who was caught while trying to leave the country.

Hollywood version -Set It Off. Apart from the similarities in storyline, Queen Latifah and Regina Askia bore same names -Cleopatra.

Many will not forget in a hurry Liz Benson's role in the movie. Portraying a rich old woman, Benson carried the role perfectly with the right gesticulations and idiosyncrasies which made for convincing acting.

For the lead character

Askia, who was undoubtedly the star act of the movie, her acting skills had always come under criticism, however, she did have a chance to redeem herself-well quite a bit in this film. She fitted the bill, was very athletic and so was able to perform quite a number of convincing and hilarious stunts. A memorable scene which evokes fits of laughter anytime-was a scene when she (Askia) busted into a room where a hunk tries to beat up fellow gang mate Fiberesima and then ala Voltron she says 'don't worry I will take care of him'. She rolls up her sleeves and puts a fist as though poised for a showdown only to scream and jump on the guy who just falls to the bed.

The special effects could not even salvage the scene as it just lacked that convincing touch. Other members of the gang did give good accounts of themselves not without traces of lacklustre acting here and there.

The opening score of the movie was rather funny and catchy. It went thus 'Ole Barawo, Onyoshi o', It was performed by Sammy Okposo who was the voice behind many Nollywood Sound tracks back in the days. The makeup was also perfectly executed-at least the lead characters, who looked like men with the moustache and outfits. The camera angles were fine. The movie was fast paced typical of what is obtainable in action movies. Sound has always posed a challenge in many Nigerian movies and this movie was not an exception. The industry welcomed the special effects which was handled back then by 'House of Macro' led by Similola Opeoluwa and Uzo Okpechi. These effects added colour to the movie.

Even though there were quite a number of unintelligent movies, Most Wanted was hailed as a daring and ambitious movie. It was an enjoyable movie and one of the best its time. If re-watched today it will be criticised but at the same time, go a long way to show us just how well the industry has evolved.