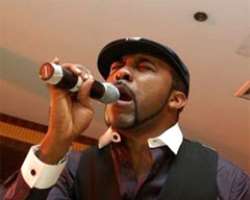 For the first time in his short but eventful career, R n B star, Banky W, will be performing in Ghana tomorrow. Mr. Capable, as he is also known, leads a constellation of Ghana's music stars including VIP, D-Black, Trigmatic and Praye, to perform at the final of Miss Malaika 2010 billed for the Dome of the Accra International Conference, Ghana. According to the organisers, “Banky W is blessed with an incomparably smooth voice, excellent writing and production skills, as well as uncanny showmanship and crowd-pleasing dance ability. He has promised to rock Ghanaians on their seats and on their feet.”

Senior Vice President and Managing Director, MTV Networks Africa, Alex Okosi says, “Banky W, Teargas, Fally Ipupa and Daddy Owen are all thrilling performers that epitomise the awesome spirit and passion of contemporary African musicians. Their involvement in this year's awards is sure to guarantee that 2010 will be the most creatively inspiring and exciting MAMA event so far.”