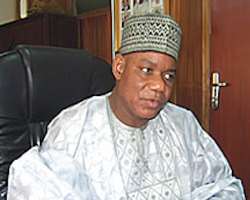 
ABUJA, Sept 26, (THEWILL) – About 15 Socio- political groups in Gombe State over the weekend formed an alliance with a strategic framework to ensure that Professor Rufai Ahmed Alkali, PDP’s National Publicity Secretary emerges as the next governor of the State.

Though the group could not agree on the new name for the alliance, they decided that their leaders as well as the alliance name would be made public at the next meeting.

In a communiqué signed by the National Coordinator of Gombe Concerned Citizens Forum, Alhaji Mohammed Abubakar and leaders of the other fourteen organisations, the alliance pledged to work together towards ensuring that Professor Rufai Ahmed Alkali emerges the governorship candidate of the Peoples Democratic Party (PDP) as well as campaign vigorously for him to win the governorship election come 2011.

"Having seen the great achievements of our dynamic Governor Mohammed Danjuma Goje in the last eight years, we have come to the conclusion that it is only someone with vast experience and connections that can consolidate the gains Gombe people have made. To that end, we have the belief that Prof. Alkali has all it takes to step into Goje’s shoes because apart from his academic, administrative and political experience, he is humble, disciplined and has fear of God. We therefore believe that with him in the saddle from next year, Governor Goje and the people of Gombe State can be rest assured that their destiny is in good hands, by the grace of God," the communiqué said.

Addressing newsmen after the meeting, the President of Gombe Group, Barrister Abubakar Kam Bafar said that having served his local community, Gombe State in different capacities especially as pioneer Commissioner for Education and the nation as lecturer at both Ahmadu Bello University (ABU) Zaria and the Nigeria Defence Academy (NDA) as well as being the National Publicity Secretary of the PDP since 2008, that Prof. Rufai Ahmed Alkali has been prepared for the new challenges he is about to face in taking Gombe State to greater heights.

"We are happy that Prof. Alkali listened to the voice of Gombe People by collecting governorship form of PDP and returning same. Now that he is in the race, we are ready to join the millions of Gombe people who are waiting to vote massively for him at the polls," Barr. Abubakar said.