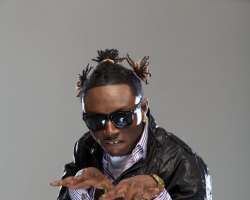 Earlier this month, it was confirmed that Terry G was involved in a ghastly motor accident in the Ogba area of Lagos.Following this accident, there were concerns for his health but all these fears he has put to rest with his constant updates via his twitter page.

He uploaded the video below to his YouTube channel to further assure his fans worldwide that he's fully recovered and working again. It's titled Studio Diaries Part 1.