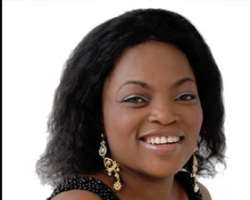 Ace-cinematographer, Tunde Kelani has come out to clear the air, stating that contrary to feelers that he had dropped Funke Akindele, a.k.a Jenifa from playing the lead role in his upcoming movie “Ma'ami”, that the award winning actress is still part and parcel of the cast of the movie.

Although, T.K admitted that he initially had some misunderstanding with Akindele, he said the face-off had since been resolved as she's back on location.

“Funke is still playing the lead role in “Ma'ami”. Yes, initially, I had some misunderstanding with her but it has been resolved as she's back on location.” T.K stated.

He was said to have dropped the actress, having gone back to the drawing board to recast the role.

Kelani had in June this year explained why he chose the popular actress to play the lead role in his upcoming movie.

Report had it that Kelani's initial decision to drop Akindele was not unconnected with a new movie released by one of the Yoruba film productions which has Akindele's face on the movie jacket and is similar to Kelani's. Though the storylines of the two movies are said to be different.