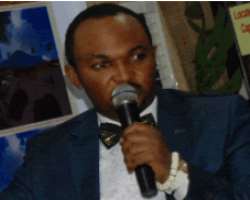 It began in the early 90's as a humble art form. But today, it has grown into the third largest film industry in the world generating approximately $250 million a year for the economy. The history of Nollywood, the Nigerian film industry, clearly demonstrates the creativity and entrepreneurial spirit of a Nigerian as well as the coping mechanism that keeps Africa alive.

Out of the impossibility of producing celluloid films in Nigeria, because of poor financial and social insecurity, came a huge industry. Today, the Nollywood industry just like Hollywood in the USA and Bollywood in India is the most powerful purveyor of the Nigerian image both to the domestic and foreign populations.

The actors and actresses have become a part of the nation's export materials as they are well sought after in the international film industry thus laundering the country's image abroad and in turn bringing in foreign exchange. Just like their counterparts in America and India, Nollywood industry has not been able to build its own 'estate' for residence, studio, theatre, office complexes and recreational parks. Most of the stars are tucked away in the busy Lagos city where daily movement is almost a nightmare.

This is a big contrast from what is obtainable in the USA and India where the stars are provided with secluded living and working areas to confer on them their personality. The Hollywood city in America and Bollywood city in India are the places of residence for the entertainment celebrities in the two countries. Sadly, and painfully too, despite the grand image of the Nollywood stars, they still do not have a city to call their own.

But all this is about to change. Adiku Global Limited, a real estate development company, in conjunction with its foreign partners is set to give the Nollywood stars a home befitting their personality.
Chief Mike Audu, its Chief Excutive, conceived the idea of Nollywood City, where all dreams of Nollywood will come alive. He is determined to bring the Nigerian entertainment stars into one city by providing them with homes that will be lavishly decorated with all the appurtenances of stardom. When he conveyed this idea to the Nigerian Guild of Actors through its president, Segun Arinze, it was widely acclaimed. The reason is obvious.

Apart from the togetherness which the city will reinforce in the fast thriving industry, the apartments will be a masterpiece of contemporary architecture and distinct style. He told Daily Sun:
“The estate, which will be located in Galadimawa in Abuja, is to cover 240 hectares of land with 15,000 housing units. It comprises 2, 3 and 4 bedroom flats as well as three, four and five bedroom duplexes. It would be tastefully landscaped, meticulously maintained, exquisitely designed with palace like edifices, shopping malls, worship centers, schools , multipurpose and conference halls, cafeteria, library, fuel station, swimming pools, police and fire service posts and recreational areas.

Each housing unit will be self-sufficient in the most functional way and for convenience: ”It will be a short walk away from nearly facilities like shopping malls, multiplexes, cafes and restaurants.
“The estate will boast of ready facilities in all facets of production. As a first of its kind in the West Africa, the Nollywood city will be well-equipped with a large studio for indoor shootings, recording room, a theatre for live shows including outdoor shooting facilities like forested and natural vegetation and lakes.
“Most importantly, there would be a 24-hour security in the estate.

The construction of the houses will be in three phases, each phase involving the completion of 5000 units of houses on 80 hectares of land. “When completed, outright payment for a house would attract five percent discount, while mortgage facilities would be provided. 70 percent of the houses would be exclusively for Nollywood stars while the remaining 30 percent would be open for other individuals.

“The streets in the estate would be named after legends in the industry and present celebrities whose work have added immense value to the nation's entertainment industry.”