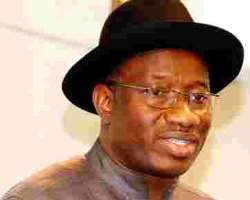 Investigations on Thursday showed that the President met separately with the two factions in Abuja on Wednesday night, as part of efforts to resolve the crises in the House and the state chapter of the Peoples Democratic Party.

Nine members of the House had on Monday impeached the Speaker, Mr. Tunji Egetokun, and suspended 14 of their colleagues. The nine members subsequently appointed Mr. Soyemi Coker as the new speaker.

Our correspondent gathered that members of Egbetokun's faction, known as Group 15, met with the President on Wednesday after attending a meeting with the Chairman of the Peoples Democratic Party, Dr. Okwesilieze Nwodo, at the headquarters of the party.

The G-15 meeting, which was attended by Senator Iyabo Obasanjo-Bello; the Minister of Commerce and Industry, Senator Jibril Martins-Kuye, and a member of the House of Representatives, Mr. Dave Salako, started at 8pm and ended at midnight.

It was also learnt that the meeting of the rival group was attended by the state governor, Otunba Gbenhga Daniel; the state Chairman of the PDP, Chief Joju Fadairo; and 11 members of the group. The meeting started at 1am and ended at 4:30am on Thursday

A lawmaker, who attended the G-15 meeting, said the division in the state chapter of the PDP and the crisis in the House were among issues discussed.

According to the member, who pleaded anonymity, the President explained why the national leadership of the part had not carried out the harmonisation of the state executive of the party.

The member quoted the President as saying, 'The other faction has taken the matter to court and the leaders of the party do not want to disobey a court order.'

He stated that the President condemned the impeachment of Egbetokun and promised that the leaders of the party would ensure that sanity returned to the assembly.

The Chairman of the House Committee on Information under Egetokun, Dr. Tokunbo Oshin, who confirmed the meeting, said, 'The attitude of the President is that of a defender of democracy. He said what happened in Ogun State was capable of tarnishing the image of Nigerians in the comity of nations. He directed that the house should return to the status quo before Monday.'

But a member of the rival group said that the President did not direct the House to reverse the removal of Egbetokun and suspension of their 14 colleagues.

The member, who pleaded anonymity, said, 'We told the President that we were opposed to the harmonisation of the state executive of the PDP because the other faction was part of the process that led to the emergence of the Fadairo-led executive. The process was witnessed by Senator Ibrahim Mantu from the headquarters of the party. They cannot turn around and reject the process.'

'On the crisis, we explained that what happened on Monday was legal and that it was based on Order 15 of the house's rules. We added that we formed a quorum, which is nine. The President reasoned with us, because what we did was in the interest of the state.'

One of the pro-Daniel lawmakers, Mr. Fasiu Bakene, who confirmed the meeting, said, 'It is not true that the President said the removal of Egbetokun should be reversed. Coker is the authentic speaker. An evening newspaper had on Wednesday afternoon reported that Mr. President berated the governor (Daniel), when our meeting with the President did not start till early Thursday.'

However, a senior member of the PDP told our correspondent on the telephone that the party recognised Egbetokun as the authentic speaker of the assembly.

'The party recognises Egbetokun as the speaker. We are not in support of the actions taken by the Group of 11 lawmakers on Monday.

'We will do our best to reconcile them,' the source, who declined to be named because of the sensitive nature of the matter, said.

However, Mr. Ike Abonyi, the media aide to the PDP national chairman, declined comments when our correspondent reached him on the telephone.