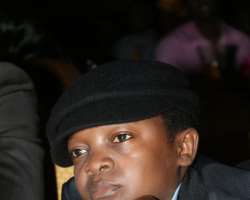 It was a night of glitz and glamour on Friday, August 27 and Sunday August 29, 2010 as Nollywood diva, Oby Edozieh premiered her high budget movie, “Save Our Souls” and also launched her cancer foundation, Oby Gold Cancer Foundation.

The movie premiere and foundation launch was host to the high and mighty with eminent Nigerians like the first lady, Mrs Dame Jonathan who was represented by the Honorable Minister of Women Affairs, Mrs Josephine Anenih; the Honorable Minister of Health, Prof C O Onyebuchi Chukwu; the erstwhile Governor of the Central Bank of Nigeria, Prof. Charles Soludo and senator Iyabo Obasanjo-Bello, at the event and celebrities like Lilian Bach, Ronke Oshodi, Enebeli Elebuwa, Kenneth Okonkwo, Emeka Enyiocha and a host of others storming the Abuja venue. The Lagos edition which held at the Oriental Hotels, Lekki was also star-studded as Nollywood actors thronged the venue to celebrate one of theirs; roll call at the premiere includes Okey Bakassi, who was also the MC, Desmond Elliot, Kenneth Okonkwo, Ronke Oshodi Oke, Bhari Mcwizu, OC Ukeje, Foluke Daramola, Andy Chukwu and a host of other celebrities.

The two nights were indeed glamorous events judging by all standards: the red carpet was filled with celebrities; the audience had music to dance to, jokes to laugh to and a lot to eat and drink.

However, the movie premiere was not a jolly affair all through as there was cause for sober reflection at both venues of the movie premiere; the two venues were filled with tears from the thought provoking and emotional movie which chronicles the emotional trauma and plight of cancer patients.

Nonetheless, the catharsis did not stop the audience from having the fun they came for. The audience was treated to the sonorous voice of Timi Dakolo, the winner of West African idols and Hip Hop award winner with veteran comedian and special adviser to the Imo State government Okey Bakassi reeling out jokes to the audience. The hostess, Oby Edozieh was all cheers all through the event in her Mon Ami designed gowns.