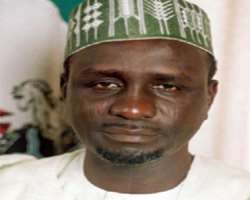 KANO, Sept 01, (THEWILL) - KANO State government has announced the lifting of the suspension order placed on all Ministries, Departments and Agencies (MDAs) at both state and local government levels from relaying their programmes and activities on Freedom Radio.

It could be recalled that all official contact with Freedom Radio was suspended following observed professional and ethical misdemeanors by the radio station which had the implications of tainting the image, integrity and dignity of public officers respected citizens, social groups and institutions in the state.

A press statement titled: Re: Suspension of partnership between Kano state government and Freedom Radio which was issued and signed by the permanent secretary in the information ministry, Malam Muhammad M. Danyaro, indicated that the measure came after due considerations and entreaties from well meaning individuals and organizations and in the spirit of Ramadan fasting period.

It said prominent individuals notably the Emir of Kano, Alhajj (Dr.) Ado Bayero, the Nigeria Guild of Editors among others had made concerted efforts to intervene in order to restore normal relations between the two bodies.

The latest of such, the statement added, came from the highly respected Arewa Media Forum under its Chairman, Malam Muhammad Haruna with a view to promoting understanding and mutual respect between the government and Freedom Radio.

"Accordingly, government ministries, departments and agencies as well as all government functionaries/agents at all levels, are hereby directed to restore relationship and transact with Freedom Radio’’, the statement added.

The statement hoped that Freedom Radio will reciprocate government’s gesture by taking deliberate steps to abstain from making statements or actions that may lead to harming people, violating rights or likely cause instability and threat to enduring peace in the state.