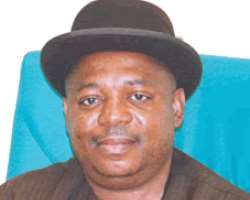 A member of the House of Representatives, Mr. Nnanna Uzor Kalu, has hailed the decision of his former party, the Progressive Peoples Alliance (PPA), to fuse with the Peoples Democratic Party (PDP), ahead of the 2011 general elections. He said the umbrella of ruling party was big enough to accommodate all.

Kalu who represents the Aba North/Abia South Federal Constituency of Abia State also expressed satisfaction with the way the PDP leadership extended its hands of fellowship to members of the now defunct PPA, describing it as democracy at work.

Kalu made history in 2003 when he won election into the House of Representatives on the ticket of the Alliance for Democracy (AD), the only member of the party to win such election in the entire South East. He was re-elected in 2007 after joining the PPA, the party led by his mentor and brother, Dr. Orji Uzor Kalu, the immediate past governor of the state.

Speaking to Daily Sun in Abuja, Kalu said the decision of his mentor to go back to the PDP was a very wise and patriotic one because the PDP is like a house he helped in building, right from foundation: 'He decided to go back to where he started. He helped in building the party, and it is like a home-coming to him.' The federal lawmaker said he was satisfied with the way the leadership of the party handled the issue of their return to the party. He noted that the decision of the current national leadership of the party led by Dr. Okwesilieze Nwodo, to bring back those who were chased out of the party by the previous leadership was not only good for the party, but also for the politics of the country:

'I thank God that the executives of the PDP in their own wisdom have tried to bring back people that felt disenfranchised by the party in the past. They are now back in PDP. Now, am back to the PDP which is an umbrella that would accommodate everybody.' With the coming of the former PPA members into the PDP, he said, the chances of the party in Abia State has become brighter, not only because of the political clout of the PPA returnees, but also because of the wide acceptance the PPA members enjoy in the entire state. According to him, the former PPA members are going to create a greater awareness that would translate to bigger electoral victory for the PDP in the state in the 2011 elections.:

'With the greater awareness we, the members of the former PPA, are going to create in Abia State, the party will be taken to greater heights. It is for us to tell the Abians that yes, we will be welcoming the PDP and we will all try to feature or present an acceptable person or candidate, no matter the position, whether for the position of governor, senator, member of House of Representatives and the Abia House of Assembly. We need credible people who we can trust. People who we can rely on.'

Although he would not want to be drawn into the controversy surrounding the decision of the National Executive Council (NEC) of the PDP to dissolve the Abia State executive, he noted that the national leadership must have reason for its action. Moreover, Kalu reasoned that since he had not always been a member of the party, unlike his brother, it would not be very proper for him to judge on the rightness or otherwise of a decision taken by the party.

However, he said the larger interest of the party would have been better served if they had consulted widely and factored in the disposition of the returnee members of the party, especially the old ones who were earlier alienated from the PDP by the previous leadership:

Nevertheless, he said, the wisdom of Dr. Orji Uzo Kalu's return to the party was never in doubt, 'because he has a future, and one day he will lead this country. When it comes to the turn of the Igbo, I think he will be one of the big fish from the South-East.

Assessing President Goodluck Jonathan on his first 100 days in office, he said it had been so far so good. He pointed to the stability the President brought to the polity since his assumption of office, and said Nigeria was the better for his coming. He also commended the President for what he called his unwavering commitment to seeing that Nigerians have improved power supply, and observed that the power condition had improved tremendously in recent times.

For this reason, he said, he has been among those making a case for the continued stay in office of Jonathan so that he would have enough time to complete the good works he started. According to him, what the country needs now, given the stride that has been recorded is continuity: 'My advice to him in particular is to contest because he is a free citizen of Nigeria. He has the right. The constitution has made it clear and allows everybody who is qualified to contest. Since he is the sitting President we should allow him to comeback. Let us see how he is going to do in the next four years.

'It zoning formula that made me to join AD. In 2002, my brother was the sitting governor, and he couldn't allow me to come and contest under the platform of the PDP. They said because he was the governor then, two members of the same family could not hold elective positions in the same party. I said well, since I am in Aba, born and bred in Aba, and I have followers in Aba , let me go and try my popularity. If I win, fine, if I don't I will try again because is part of life.

'So that was why I went to AD and with the help of God and by his grace, I won and God has blessed me and I contested again under the platform of PPA and I won. I have been there, done that and people have so much trust in me and I tried for them and am praying even to go to the next level, either the Senate or the House of Reps. when the time comes for 2015. If it thier wish i for me to contest for governorship I will.'

So what became of the AD after he had dumped the party for the PPA? The federal lawmaker said the party died a natural death in the state as all the members followed him to the PPA and are now with him in PDP.