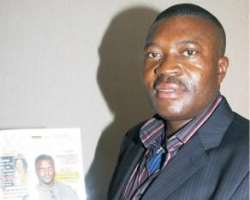 Popular actor and Nollywood star, Kanayo O. Kanayo recently proposed a way forward for government to launder Nigeria's image. The actor who reacted to claims that Nigerian producers cannot provide enough content to replace the banned foreign soap opera by the NBC said only films can effectively rebrand the country.

Said Kanayo told us at a recent function in Ikeja area of Lagos “Films and television sectors are the best tools for the Nigerian government to use to drive the campaign, if it is serious about rebranding Nigeria, though I always prefer to say re-orienting Nigerians, not re-branding.''

The actor who recalled how America used motion picture to launder the country's image said “After the infamous 9/11 incident, former US President George Bush called on Hollywood producers. He intimated them with government's intention of projecting an image that would show that no country or group of persons can start a war of terrorism against America and go free.

The message was supported and Hollywood went on to make films that projected this idea. That is what I call cultural diplomacy.'' On what the Nigerian government should do on re-orientation, Kanayo proposed that either through the National Orientation Agency or through the Ministry of Information and Culture, relevant public servants should call moviemakers and independent producers to a round table for a meeting. He however cautioned that such a meeting must not be publicized, as “ Certain things we plan as a nation should be our strategy to surprise the world.”

Explained Kanayo “Government must call us to a meeting and tell us that, in re-orienting Nigeria (because I believe the right word is not re-branding), some provision from government would be provided for a period of time such as five years, that would help us drive this vision of reorientation. Government can in the process, give our producers tools to work with.

It is going to be a gradual process. These producers would return home and write befitting scripts that can make the vision a reality. Remember, these scripts are meant to give us a push above where we are now. People would watch these films or television programmes and believe that government is truly working in the interest of the masses.”

Kanayo made this statement to support an earlier statement by Professor Dora Akunyili, minister of Informational and Communication, that government's plan to re-brand Nigeria would not be complete without involving the Nigerian movie industry.

His words “Why I say Nigerians should be re-orientated before the nation is re-branded is because if things were working well, Nigerians will be proud to represent their country well anywhere they go or find themselves. A lot of strategies have been put in place to improve film distribution in Nigeria, but another core aspect that has not received equal attention is film funding.

Aside this, there is no effective network of distribution. Distribution is a tentacle; how well you spread it determines how well you make money. We do not have good distribution network is because we lack the structures, both economically and culturally, to get it right.”

In the words of Kanayo, distribution outlets in Nigeria should be operated the same way banks have their branches. “We must begin to borrow ideas that have worked elsewhere into the movie industry, for instance, let's begin to study how bank functions through its branches, both locally and internationally, especially through the instrumentality of affiliation.”