THE DICTATORS' WOMEN: NAOMI AND THE SWAZI QUEEN 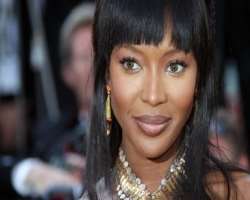 Two women under different but equally controversial circumstances this week have drawn attention afresh to the crisis of leadership in Africa and the lifestyle and misdemeanours of African dictators. Moral questions have been raised about the conduct of the two women: it is wrong for Nothando Dube, the 12th wife of the King of Swaziland to commit adultery, and who is sultry and tempestuous Naomi trying to impress by suggesting that Charles Taylor gave her three "dirty looking stones" without any water having passed under the bridge? "I'd actually never heard of Liberia at that time," she reportedly told the Court at The Hague. Come off it, Naomi.

Many, including the Western media which fed on the Naomi story like vultures, had felt this would further ruin her reputation and career. But 40-year old Ms Campbell is lucky. She has survived given the contradictory evidence of Mia Farrow and Carole White; she may also have been saved by the intervention of Jeremy Ractliffe, former head of the Nelson Mandela Children's Fund (NMCF) who confirmed that she did not leave South Africa with the "blood diamonds." Naomi Campbell's appearance in the Taylor case has more tellingly attracted massive publicity to a trial that had been largely ignored by the international media, more particularly the subject of conflict diamonds and the plight of the poor and the hapless who lost their lives and limbs in the 1991 -2001 civil war in Sierra Leone. The beauty and the beast nature of the story is also appropriately engaging. Such is the power of beauty and celebrity.

It has taken same for the recklessness of African leaders or perhaps dictators generally to be advertised again. Charles Taylor reportedly met Naomi Campbell at a dinner in Mandela's home in September 1997 and he got smitten with her beauty. There are suggestions of flirtation which Ms Campbell denies. But three uncut diamonds ended up in her hands: a gift from the then President of Liberia! Those "dirty looking stones" have now become an issue because of allegations at the Special Court for Sierra Leone that Taylor was involved in the use of illegally mined diamonds to enrich himself and to secure weapons for Sierra Leonean rebels; the same "conflict diamonds" which resulted in the destruction of thousands of lives. The Hague Court should do its job, even if it is a morally conflicted institution.

Reckless dalliance is one of the features of political power; in Africa, it has been tied to corruption as is the case elsewhere, but whereas there may be institutional structures for checking such behaviour in other places, in Africa, the use of state resources or stolen/illegally acquired resources to seek sexual favours is widespread. In Charles Taylor's case, even if these were not "conflict diamonds," their source was worth investigating.

In Nigeria, such conduct is often taken for granted. Not too long ago, there were reports of how a sitting President encouraged the diversion of some of the funds meant for Petroleum Technology Development to purchase a car for his girlfriend! The parties involved did not deny the story and no one bothered to withdraw the car or prosecute any of the officials involved. The Nigerian corridor of power is full of beautiful women who only need to attend dinner in the right places like Naomi Campbell and they would have powerful men offering them contracts, money or public positions in appreciation of their beauty, not necessarily their talents.

There have been stories of how military rulers gave out oil exploration licences to unqualified women, and how up till today, wives, girlfriends and concubines of men in privileged places could have tainted, life-transforming gifts thrown at them, and in matters of this nature, there is no transparency or accountability. One of the most uninvestigated stories about the sociology of power therefore, is the amount of state resources deployed to the maintenance of a retinue of girlfriends and concubines: "the oga's madam syndrome." In a country where there is a supposed rule of law, the Head of Customs once lamented that his men at the ports are not allowed to check the luggage of some women who have connections in high places! But it is not as if the man of power acts out of respect for women, usually it is out of disrespect: out of the feeling that he has the means to compromise any woman of his choice or that the woman is a tool. In London, two Nigerian women were recently jailed for having served as money launderers for former Governor James Ibori. Women are cast in the role of victims, even if many are willing to be so victimized or are architects of their own abuse. Women need to be properly educated and empowered to negotiate power relations. African countries need to develop integrity frameworks to track this category of abuse and not wait until international agencies expose the extent of the rot.

The victim paradigm is perhaps better appreciated in the adultery scandal in the home of the King of Swaziland. While Mswati III was away in Taiwan, his security agents in a sting operation caught his 12th wife, 22-year old Nothando Dube in bed with his childhood friend and trusted aide, the country's Justice Minister, Ndumiso Mamba. Mamba has been accused of "trespassing into another man's home"; he faces summary execution. The "inkhosikati" (Queen) is under house arrest in her mother-in-law's home; her punishment is eventual banishment from the kingdom. Mamba is a rat and a serpent no doubt (all puns intended) and the queen's behaviour is inexcusable, but the rebellion in the king's harem may be the needed reality check for his absolute tyranny. The 42-year old king runs his landlocked country with an iron fist. Human rights are routinely abused, pro-democracy activists and anti-monarchists are brutalized, the media is repressed, and there is virtually no space for free speech. The 12th wife's scandal could not even be reported inside the kingdom, it was the South African media that broke the story. The accent should not be on the cuckoldry, but King Mswati's own excesses. Nothando is not the first woman to stand up to him. Two wives fled in 2004, the same year he married her.

At the time, she was just 16; a year younger than the king's first child, Princess Skhanyiso, then 17, who was studying in England. Nothando had taken part in the annual Reed dance, a traditional festival for bare-chested virgins held in honour of the Queen Mother which the king has since turned into a forum for the abduction of young girls. Nothando was Miss Teen Swaziland, her abduction by royal guards for the king's harem marked the end of her education at Mater Dolorosa High School. She has since given birth to two children, unhappy, and barred from seeking divorce. Here is how she describes her dilemma in a 2005 internet posting: "About me: I am nothando dube the 12th wife of king Mswati III of Swaziland. I was taken into marriage by force that meant i had to drop out of high school. lost my virginity, sexually abused (sex slave) denied my conjugal rights after my first child, accused of infidelity and compelled to undergo certain cleansing rituals in the dead of the night. all this I am suffering because of our local customs and traditions wish make a woman the property of the man to be used at list will.." The queen's adultery is a small price for King Mswati's sins: marrying a young girl against her wish, taking another man's daughter out of school while educating his own daughters; having carnal knowledge of an under-aged girl, all on the ground that the Reed Dance is part of the Swazi culture, and that, he the king owns everything in the land.

Many African leaders and men of power hide under culture or religion to commit such atrocities. In Nigeria, Senator Ahmed Yerima's recent marriage to a 13-year old girl was justified on the same grounds. He and others of his ilk should learn from the Swazi scandal and also from the many troubles in President Jacob Zuma's household, another African leader whose lifestyle raises questions about the status of women. In 2004, Mswati III told Nothando Dube's parents that he was going to "raise her up." She was pregnant within a year! It is his kingdom that is in urgent need of reform, and that reform must begin with a re-orientation of the Reed Dance, the end of absolute monarchy, and greater respect for the rights of Swaziland's suffering majority in a country with the highest per capita HIV rate in the world. A much higher level of conduct is required always from persons in leadership positions, be they kings, or lawmakers, religious leaders or Ministers like the Swazi Mamba.