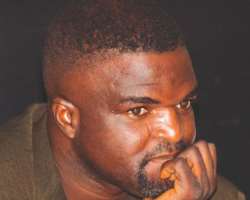 Following the festering crisis among the fuji musicians, the National Chairman of Fuji Musicians Association of Nigeria (FUMAN), Abass Akande Obesere, has appealed to the Governor of Lagos State, Babatunde Fashola, to assist him in resolving it.

Speaking with NFC, the newly installed Lagos Ambassador and Paramount King of Fuji Music, said that he has written a letter to Fashola to invite all fuji musicians to a meeting just like Alhaji Lateef Jakande did during the Barrister and Kolington face off.

He said that his decision was borne out of the fact that most fuji musicians live in Lagos, saying, “I don't want the crisis to degenerate to violence as this might disrupt peace in Lagos, making some undesirable elements to capitalise on it to cause crisis during the forthcoming electioneering campaigns.”

PK1st as he is popularly called, said that his ambassadorial appointment has changed his focus about everything in life because people now look up to him to assist in maintaining peace in Lagos and its environs.

To show his commitment to allow peace to reign in Lagos fuji circle, Obesere was reported to have walked out on controversial fuji musician Saheed Osupa, at the recording of a video at the Eko Reel Mix Studio recently.

NFC learnt that when news got to him during the recording that Osupa, who mounted the stage as the opening act was singing abusive songs, he ordered his managers and band members out of the premises of Radio Lagos, saying he had warned Osupa against that.

When Obesere was contacted he confirmed the story and simply said: “All I want is for peace to reign among fuji musicians in Lagos and Nigeria as a whole.”