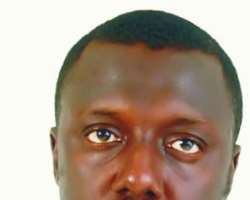 Since Nollywood started some more than two decades ago, many faces have come and gone. Many of those faces remained on for many years that it became nearly impossible for younger actors to come on board. Nollywood's Femi Brenard in this interview with AMARA OSAJIUBA, he explains why fresh actors will make the difference in the industry.

You are known as an actor, tell us what we don't know about you and when you started as an actor?

My stint with the movie industry started in 1997 when I met Ayo Adesanya, a close friend. She thought I had it in me as an actor and advised that I try acting. She then took me to Tunji Bamishigbin, the then Director of “Palace” a rested soap opera on AIT. I gave it a trial. My first time on set was very scary because I thought that the whole world was watching me through a camera lens. This of course made me forget my lines a full page. Uncle T as he was fondly called was very crossed with me on account of wasting his time. But, like every good director, he painstakingly coaxed it out of me. Personally, after the shoot, I found myself taking a liking to the entertainment industry. So began my quest as an actor.

Initially, I wanted to be a farmer. The idea of having a farm and seeing things grow out of hard labour interested me. But God knew best.

Did you study theater Arts in school?

Yes, I studied Theatre Arts at the University of Lagos and was opportuned to be tutored by great names in the theatre industry Professor Laz Ekweme, the Late Professor Bode Osanyin, Late Alaja Brown, Dr. Duro Oni, Mr Tunji Sotimirin. Going through these set of icons and not bringing anything out is a total sin to the entertainment industry.

Do you feature in home videos or just soap operas?

I do both home videos and soap operas. Just of recent, I found myself more into soap operas and Yoruba films. This is due to the fact that tribalism abounds in the entertainment industry.

What is the difference between you on the screen and the real you?

Acting to me, is a combination of Grotowski and Brecht theory of line delivery. One theory is to have gone through an experienced before you can act it out. The other is of the opinion that you need to call on and internalize a situation, before you can deliver an act. Part of me, like every actor, goes into acting. But the real I can be at times melancholic and rather introverted.

Which of the movies or soap operas brought you to limelight?

Soaps like Palace, Everyday people and the movie Contractors.

What are your possible strength and weakness in acting?

My stage background back in school I would say is my strength in acting. As for my weakness, when am acting and my co-actor is not performing up to speed. His or her performance tends to drag me back. This is due to the fact that I always feel concerned, forgetting that not everybody is perfect including me.

Are you choosy in roles?

All actors at a point in time would give anything to be on screen. Not minding whether the role be good or bad. As they mature into a fine wine, they inadvertently choose their bottle. But I find myself doing more of moral and mind building roles which can be a source of Edu-info-tainment to all.

Which type of role do you reject?

Do you believe you can do better when paired with certain actor?

Working with like minds can be very encouraging and inspirational because take it or live it, you learn from one another and it makes the job go faster and smoother. This is not to say that all green horns are bad. Of recent, I've had the good will to work with some green horns who have actually taken me over. I also learnt one or two tricks about acting from them.

The industry needs an infusion of young and enterprising actors who will take acting and entertainment to the next level. The old faces cannot be there forever.

What do you intend to achieve five years from now?

What are your challenges in this career?

My challenges are numerous. Working with mediocre who think they know what a production is all about-but stupidly turn it into a commodity. Script writers who do not take time out to do a brush up on the internet, but just put pen on paper and call it script writing churning out uncouth lines. There is a difference between writing for screen and writing for stage. Please, get a life. People who think they can just wake up one day and call themselves directors when in fact, all they do is get a very good D.O.P to take shots for them. People who just wake up one day and say I CAN DO THAT, NO BE ACTING. Only for them to get on a production set and start masturbating nonsense all in the name of delivering lines to those people, I say GET A LIFE. People, who rustle up an annoying amount of money, call artiste to a location, only to start begging them with pittance. To these people, I say, if you don't have the finances to execute a production, do not do it instead of making fools of yourselves and wasting peoples precious time, also churning out half baked films all in the name of productions. The list is endless.

What do you think are the challenges that face soap operas in Nigeria?

Continuity is a major factor biting into soap operas in Nigeria. In the western world, you have network stations investing in soap dramas. The amount invested is staggering, hence its continuity. But here in Nigeria, individual producers do their best possible to get financing which at times, is not forth coming, and these tends to leave them at the mercy of shylocks. The intervention of government in the Nigerian entertainment industry can go a long way. Bollywood, Hollywood and Ghollywood all have government interventions which have in no small way helped to propel their respective industries to a greater height.

What advice would you give to the upcoming actors and actresses?

Initially, theatre was seen as a profession for the never do well in our society. Even as the phrase implied then, people still sort them as a means of relaxation and enjoyment. Thank God, now the industry is picking up. Up and incoming actors should do their best to emulate the good side of life, shy away from anything that will dent their image both home and abroad and always put Don Baba G (God) first in everything they do.

Some actors are recently going into the family way; will you be the next on the list?

That's my private life and I would not want to talk about it.

So we shouldn't be expecting the wedding bell soon?