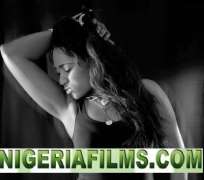 You dont know who Rukky Sanda is? Well alot of people do not actually. First, we havent seen her in any major movie but yet she is in front page of many tabloids, apparently the lady is a sucker for limelight.

The latest rumor in town is of her dating Senegalese music super-star, Akon. I can actually hear someone muttering “yeah right” or “how the hell did her name and Akon's get mentioned in the same sentence?”

The actress though tells people close to her that she is dating Akon and then goes to tabloids to debunk it, therefore causing some sort of ripple that would create a multi-buzz for her non-existent career. The truth we have gathered from an insider, and Rukky isnt a friend of Akon or his date as she may want us to believe, she may have met him a couple of times and taken pics with him, but that's as far as it goes.

The brand new 2010 Toyota Camry that Rukky is driving was bought by some rich white dude whom she met during one of her numerous “men runs”. So we advice you take it with a pinch of salt when she saddles you with tales of how she made the money through movies, because she isn't doing any major movies and the few she does, she scampers to be in them and earns stipends.