Lording it over the urban jungle 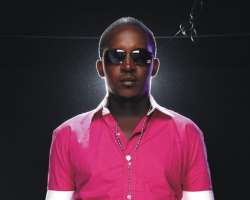 The film is a 50/50 colab between Nigerian film-makers and South African production company Irish Coffee, with even the music used coming from artists from both countries like Nigerian rapper MI.

Producer Jamie Ramsay and director John Boynton-Lee were on hand at the Durban International Film Festival for a Q&A session after the film's debut.

"This is a fusion project," says Ramsay.

Their business plan is to target the African mass audience and with this film they're specifically aiming at the Nigerian and Congolese market in South Africa.

They'd wanted to start with a soccer film, but the timing didn't work out, so they went with a crime spree instead.

The film follows the experience of Nigerian Chuks (played by Anele Beke, who also co-produced) as he navigates being a constant target for various criminals.

Chuks eventually rises to the top of the criminal food chain - in typically Nigerian film fashion very fast and stylish, never mind continuity - but being in Joburg is tough and there's always someone to take your place.

Though they're still working on how to distribute the film locally, they've already set up a theatrical release in Nigeria through the Silverbird chain.

Ramsay says they (being Black Irish) had the idea for a while to make an African movie that wasn't bound to a country.

Justice Umeh (who also co-directed) wrote the script, which is as melodramatic as only a Nigerian film can be.

"Nigerian films are melodramatic, that's a genre they respond to. It's not necessarily escapism, it's constant and relentless," explains Ramsay.

The response they've received at private screenings and now the first public screening has been positive "because it's real. People found it refreshing to see things as they are", says Boynton-Lee.

While it's not exactly Jerusalema (and certainly didn't have that budget) Jozi Kings was shot with a totally South African eye with excellent lighting and grading and no rough-and-ready shots.

Instead, the technical level puts it on a par with the straight-to-DVD work of Joziwood, if not slightly better.

Ramsay (who was at last year's DIFF Talent Campus) put his experience as the director of photography on Shirley Adams to good use and they filmed in Hillbrow and Newtown over three weeks.

They followed that with another week of pick-up filming and never once did they ever have any problems with crime on their night shoots.

"Joburg isn't the zoo people think it is," says Ramsay.

The language is very indicative of the way Nigerians speak back home, with the pidgin English providing some hilarity when translated into regular English in the subtitles.