'Wetin concern anybody whether I marry or I no marry?' 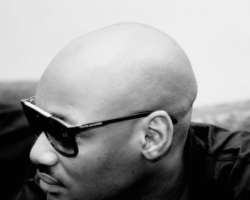 2Face Idibia, Nigeria's success story in the music industry, speaks with TADE MAKINDE on controversies concerning his marital life, music, and other issues

LOOKING back to that day you decided to sing, did you dream of getting this big in the industry?
Well, I hoped and prayed that I made it before I even started at all and God answered my prayers. But there is something I want my fans to know, I just got a quarter of what I prayed to God for. Seriously, I still have some aspirations, which I am yet to achieve.

When exactly did you decide it would be music and why?
1997. I decided to go into music because it was distracting my attention from any other thing I laid my hands upon.

What are the obstacles that you faced back then?
There was no money to go to the studio to record, even when there were songs already written. Despite all our efforts to be known then, we were not famous. Besides, our songs were not promoted as we wanted.

And right now, do you still face any obstacle?
Yeah. When I was not popular, I yearned for it so much but now, I can not do the things that I like to do. In fact, it pains me that I can not live my life the way I want to. Other people are those who tell me how to do things, they call it name Management.

Do you think its the same problem for today's musicians?
Yeah, except for those who were born with silver spoons though. How to get clothes, do rehearsals, get money to record were some of the problems we faced as poor up starters. Your songs are still there as obstacles for them to face.

With your success, who would you say has put innovation into his music?
Every musician in this country has put one thing or the other into music. If I start counting, we won't finish naming names till daybreak.

Apart from your music, who else do you listen to among Nigerian and foreign musicians?
I feel Sunny Ade, Fela, Chris Okotie, Onyeka Onwenu, Majek Fashek, Victor Uwaifo, Asa, Jay Z, etc. like mad.

How did you take the publication?
It is sad that some press guys still write without confirming their stories in this modern age.
It was once said you paid to perform in a show in Port Harcourt when you started out. Do you think

its the same with upcoming musicians abroad?
I've never paid to perform in any show but I've begged some organisers to put my name on jingles. I have also been bounced at events several times when I was struggling to make it in the industry.

How did it feel winning your first award, foreign and Nigerian?
I felt on top of the world.

Can you mention some of these awards?
They are numerous to mention, I can't even remember some until I see them.

When news about your marriage is reported, what pisses you most in the reports?
Honestly, it doesn't piss me off because nobody asked me me to become a musician. It happens to every popular person. But questions like; “you should get married now” gets me mad because whether I get married or I don't, wetin concern anybody now?

Who set your duet with Mary J. Blige up for you?
My friend's wife in New York, Magaret Byrne.

What would you remember about Blige?
She's an energetic performer. She's also very down to earth. She no dey form o.

How much were you paid for African Queen that was used as sound track in the American film titled “Fat Girlz”?
It was a mechanical royalty, it doesn't come once. How do I explain it? All I know is that till I die, I will collect royalty on it. Moreso, anytime it comes, I'll be paid in dollars.

Will you still work with Kennis now that you are back with NowMusic?
If there is any deal that will be good enough for me, I can still work with them. But it has to come through my managers.

What happens to Hypertech now?
It is my own company. It still exists and will be forever.

What exactly went wrong with R. Kelly's duet?
I don't really have any comment on that, I have forgotten that.

Did you meet Kelly at all?
I said no comment on that.

Is it true you have six kids from three women?
I have said that before. You said 6, some people said 10 kids from 12 women. I don't have time for these rumours. Let them continue to say anything they like. Can 10 kids come from 12 women? (Laughs).It's been nice talking to you, I got to go somewhere.