Violence!! Who Is Pained, Ayra Starr Or Fans? See Remarks, Sacarsm And Criticism 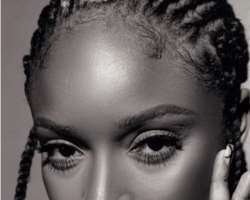 Oyinkansola Sarah Aderibigbe (born 14 June 2002), known professionally as Ayrra Starr has been having a terrible banter with fans over issue that is yet to be resolved.

Recently fans have dragged over the provocative and indecent dress, mini skirt which hardly even covered her private part she wore to the Meta event held on Thursday in Lagos.

Shortly afterwards, she tendered her apology on her tweet and promised never to wear it again. But it appeared it was not enough as some fans dragged her.

Nevertheless, Ayrra Starr, has come out again to shun and spoke against every criticism as she said,

"Im gonna say this one no send your mama, your papa, I go wear my mini skirt anyway and anytime I want. Nigar I'm new In this, I'm a bit rusty, so don't judge me. No judgement no bomboclap. I go use opinion write song, so e matter to me."

In reaction to this, below is the response of fans on her tweeter,

Shedrak: at least e pain her.. when she go prepare for her waec?