Will Men Forgive Actress Christabel Egbenya For Her Statement About Marriage ? 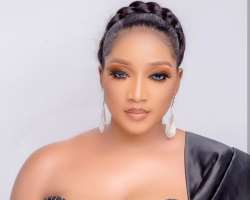 It appears that men would not forgive Actress, Christabel Egbenya for her controversial statement on youtube channel regarding men and marriage

Her statement came up when a fan of her’s asked how she would know if truly her boyfriend is serious about her and ready for marriage.

Christabel’s response has set tongues wagging on social media, as she revealed that a man who truly loves his woman and is ready to settle down, will not hesitate to borrow some money if need be.

She said: “One of my fans asked; how do I know that my boyfriend is serious and would want to marry me, because he has been telling me stories for years.

The year is about to end and he had told me he would come and see my people this December. Now he is saying, something came up, this and that..and I saw him spending a lot of money.”

“Men know what they want and when they see it, they do the needful. I am telling you the honest truth. A man who’s in love with you and really want to marry you, will not waste time to do that. He will even borrow money sef”