Nigeria And Ghana At War 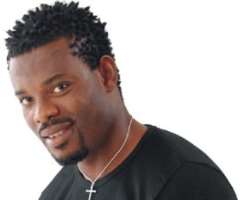 LAST week we brought you the beginnings of a three part series of the brewing and simmering disagreements in the Nigerian and Ghanaian Movie Industries. The war erupted when the Ghanian government enacted laws to the effect that any foreigner seeking to shoot a movie or work in Ghana must pay a fine of a hundred thousand dollars and film producers a sum of two hundred and fifty dollars.
Following the enactment of that law five Nigerian producers working in Ghana at the tine were arrested by the Ghanaian Police and made to pay the agreed sums before they would finish their films. A couple of other producers who were about to start work had to escape the country. The actions which were a climax of soured relations that had been gradually building to the a boiling point finally exploded as Nigerian movie practitioners reacted.

We started off with Dr. Victor Olatoye's interview on the issue and in this follow up we have tried to trace the root of the problem.. it seemed the acrimony stemmed from the fact that some producers in Ghana had felt that Nigerian was in complete dominance of the movie Industry in Africa. With even Ghanaian movies being tagged as movies from Nollywood. The said Ghanaian producers went ahead to Christian their industry Ghallywood and on the 12th of January the Ghallygold was set up to honour hard working actors, producers, director, writers, technical crew and all involved in the Ghanaian movie industry was officially launched at the Coconut Grove Regency Hotel in Accra. The absence of Nollywood Actors and practitioners was very evident at the glamorous event as invitations were not extended to them. This was a move that rankled with Nollywood insiders as they felt slighted being that they had built up Ghanaian actors some who had won awards and been honored at events organized in Nigeria. Because of this Nigerian actors and some producers decided to start boycotting Ghanaian actors up to the point where some of them like Mike Majid who had become a force de' majuere' in Nollywood started receiving death threats and had to flee the country.

We also lent that some Ghanaian actors felt piqued that there Nigerian counterparts were being paid better than they were while others felt that Nollywood Producers were not professional enough.

The combination of all these factors led to a pressure group from the Ghana Actors Guild agitating that the government should do something about the encroachment of Nollywood into Ghana. Which led to the laws being enacted. Right now the situation is so bad that even the name (Ghallywood) which has wood might likely be changed so that it will not have any semblance to Nollywood.
“What is the difference between Ghallywood and Nollywood? Why do we always want to be like someone else? We should learn to be original. What is this Ghally Ghally thing about? And must there always be a WOOD somewhere?” says Ghanaian movie producer Yaw Oppong.
A list of Nollywood actor Emeka Enyiocha who had been off the scene for a while because of what has been termed the take over of Ghana said.

Emeka Enyiocha
“I think the Ghanaians have made a big mistake. What is there population and how many films can they produce in a year. This whole problem is a problem of greed. Somebody somewhere thinks that Nigerians are making too much money so they want to cash in. they think that by starting their own industry they will become as big as Nollywood overnight. What they are forgetting is that it took years for Nollywood to get to where it is and there is no magic they can do to become as big. it is like Nollywood thinking that it can become Hollywood overnight. Asides from that I have heard that some of their major actors like Van Vicker, and Nadia are kicking against the move because this is where they get paid the big money. No producer in Ghana can pay them what Nigerian producers are paying them. It is a game of lets sit down and watch. Let's just hope that the Nigerian Producers who dumped Nigerian artistes in favor Ghanaian artistes have learnt their lessons because what is not yours is not yours. Nigeria has always been better than Ghana anyway.”

Chidi Nwokoabia
“This is an eye opener. I have heard that the Actors Guild of Nigeria is planning to issue a statement and retaliate the humiliation we have suffered. If they do that then they would have reinforced the perception of immaturity which had been there all the while. The actors in Ghana have not done anything wrong neither has the government, anywhere in the world that you go to work you must obtain permission and pay certain dues. This is done to protect the territorial, intellectual and artistic rights of the practitioners in those industries. These are the things that were not done in Nollywood from the beginning because our government always felt that our Industry was for loafers and drop outs. Okay, now it has caught up with us and everybody is shouting. What we should do is thank the Ghanaian who I think are better organized for the lessons they have thought us and go back and quietly reorganize ourselves.”

When we contacted the President of the actors guild of Nigerian Segun Arinze on the official position of the Guild he told us that all the guild heads would meet on Thursday and come out with a position and a statement on the matter. For now no concrete position has been taken by both the guilds and the government agencies entrusted with running the movie Industry in Nigeria.