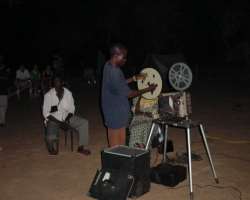 The take-off of the Abuja Film Village, a Public-Private Sector-Partnership project, is being hampered by lack of infrastructure, its Managing Director, Mr. Segun Oyekunle, said on Tuesday in Abuja.

Oyekunle who spoke to the News Agency of Nigeria against the backdrop of government's effort to raise the standard of the Nigerian film industry in United States, said the village was still under construction but being challenged by “administrative issues.”

The 6,000-hectare village in Kuje, an initiative of the Federal Capital Territory Administration, is envisioned to make Abuja a one-stop shop for entertainment and film making.