Synopsis Of Toyin Abraham's Thriller -Set To Debut This December. 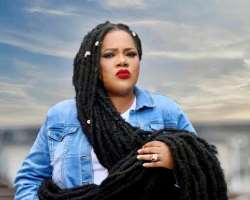 Toyin Abraham is set to debut the long awaited thriller in the cinema this December.

Toyin Abraham is the lead role in the Kehinde Joseph scripted suspense thriller. She is a scorned lover on a revenge mission to destroy the life of her former lover.

Synopsis: Ashabi, the daughter of a powerful spiritualist, is hell-bent on destroying the life of her former lover, Jide, a renowned pastor of a mega church, who jilted and left her to die. With the help of Sharon, a stripper and choir leader who Jide lusts after, Ashabi figures a way to achieve her revenge plan.

The cast that partakes in the thriller with unique roles include Lolade Okusanya, Kunle Remi, Lilian Afegbai, Olumide Oworu, Eso Dike, among others.

The filmmaker first announced principal photography on September 5, confirming that the thriller would debut in cinemas from December 23, 2022.

Toyin Abraham used his social media to announce the date for the debut of the thriller. She said as follows: