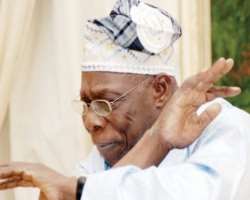 The transaction was perfected while Obasanjo, then President, also doubled as the Petroleum Minister when Edmund Daukoru held sway as his Presidential Adviser on Petroleum and Energy, while Engineer Funso Kupolokun was the Group Managing Director of the NNPC, a top official of the Presidency told THEWILL on Monday.

The official who spoke to THEWILL on telephone on condition of anonymity said Obasanjo acted on impulse in ordering the release of the funds from the coffers of the troubled corporation against popular advise, adding that it happened when top officials from the Swaziland Government came calling on a courtesy visit and investment drive when Obasanjo bought into their idea to invest in the sugar corporation abandoning the Federal Government owned Savannah Sugar Company and the Nigeria Sugar Development Council which were in dire need of funds for resuscitation at that time.

The none provision of funds to revive the Sugar firm eventually led to its privatization by the Bureau of Public Enterprises (BPE) with Dangote Group as eventual buyer and Adamawa State Government taking over the Federal Government’s 4.88 percent equity in the firm because it is located in Numan, Adamawa state.

The Royal Swaziland Sugar Corporation Limited (RSSC), located in the northeastern lowveld, is one of the largest companies in Swaziland, employing in excess of 3,000 people including seasonal workers and producing two-thirds of the country’s sugar.

Listed on the Swaziland Stock Exchange, the Royal Swaziland Sugar Corporation (RSSC) is owned by several shareholders, the majority shareholder being Tibiyo Taka Ngwane with 53.1%, followed by Tsb Sugar International (Proprietary) Limited of South Africa with 26.2%.

Other shareholders include the Swaziland Government, the Nigerian Government, the Coca Cola Export Corporation Limited and Booker Tate Limited who all split the remainder 20.7 percent. If the calculations are right, the Nigerian Government’s investment of $18 million dollars will give it about 5 percent stake in RSSC. We could not independently verify the percentage of Nigeria’s stake in the corporation, as no one was willing to comment on the matter at the Federal Ministry of Finance when we called.

THEWILL reported last week that the NNPC boss, Engineer Austen Oniwon was ordered by the Senator Lee Maeba led Joint Committee on Petroleum Upstream/Downstream to produce details of the N1.5 trillion owed the corporation by the Federal Government which the alleged $18 million was part of.

Just as reported by THEWILL over the weekend, the NNPC has still not submitted the documents requested by the Senate Committee as at Tuesday morning, two business days past the Thursday deadline issued the corporation.

Oniwon during his briefing at the Senate last week alleged that past leaders ran the corporation aground when funds belonging to it were used indiscriminately without due process leaving the corporation with serious cash flow problems and near insolvency.