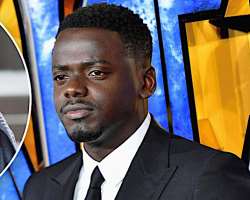 Star actor, Kaluuya will not be reprising his role as W’Kabi in the forthcoming film Black Panther: Wakanda Forever.

The British actor starred as the head of security for the Border Tribe and the best friend of Chadwick Boseman’s T’Challa in the blockbuster 2018 Black Panther.

According to him, he was forced to turn down the Marvel sequel.

Movie review website, Rotten Tomatoes journalist Jacqueline Coley first broke the news via Twitter, writing: “Fresh from my Nope interview with Daniel Kaluuya he did not reprise his role in #BlackPanther2 due to his schedule conflicts #NOPE!

“It’s official he’s not in #BlackPantherWakandaForever.”

Kaluuya stars in Jordan Peele’s newest horror film Nope, which releases in cinemas on 22nd of this month.

Meanwhile, the Marvel sequel wrapped production in March and is scheduled to come out on 11th November.

Back in May, Letitia Wright said the movie would “honour” the late Boseman, who died in August 2020 from colon cancer.

Wright had come under fire for sharing an anti-vax video on Twitter in 2021. However, she has since denied the claim that she expressed anti-vax views on the set of Black Panther 2.

Black Panther: Wakanda Forever will release in cinemas on 11 November.