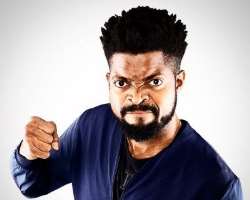 The said aide in a Facebook post said Portable should be taken to a rehabilitation centre with immediate effect. This was his reactions after he, Portable, was invited by the Ogun State Police command following a viral video of Portable ordering some youths to beat up a young man and inflict bodily injury on him surfaced online.

Okowa’s aide commended the singer for defeating poverty but said a lot of his misbehaviours are associated with too much consumption of alcohol and drugs.

According to Ossai Ovie some celebrities who started developing kidney problems or having issues in their career are linked to excessive intake of alcohol and drugs.

In his defense, BasketMouth, a Delta state born, shared a post on his lG affirming that there is not much difference between Portable and colleagues of Okowa’s aide.

He added that Ossai Ovie should also recommend some of his colleagues to join Portable in the rehabilitation centre,

“That’s fine, as long as you recommend some of your colleagues to join him. The difference ain’t much.”

This has raised dust on the internet with many followers calling on the aide to retract his statement.