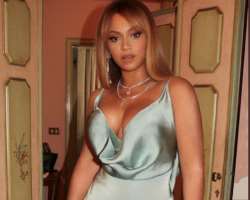 The track is the first preview of her forthcoming album, 'Renaissance'. Her new single, 'Break My Soul', hits the internet today.

'Break My Soul', which is out today, includes melodies distinctly created via the Korg M1 synth that gave Robin S' 1990 single its much-loved sound.

The song also samples Big Freedia's 2014 track 'Explode', is the first to be unveiled from her forthcoming seventh studio album, 'Renaissance', which is due for release on 29th July.

The producers on 'Break My Soul' include her husband, Jay Z, Tricky Stewart and herself.

Fans are excited to have the sensational pop queen back on the mic.