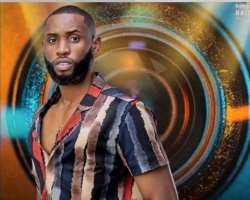 The ‘Shine Ya Eye’ Reunion has wrapped up after 12 exciting episodes.

For the season’s finale, show host Ebuka Obi-Uchendu gave fans a run through of highlights from the show.

One of the most talked about romance of the season was the EmmaRose ship which shockingly wrecked shortly after the season.

In a clip from the season’s finale, Emmanuel insisted he never asked Liquorose to be his girlfriend, a claim she strongly refuted with her own truth.

A big part of the Reunion show is the part where warring parties move to resolve and squash their issues.

The Shine Ya Eye season spotted a handful of controversies ranging from Queen and Boma to Cross and Saskay, the show ended on a hopeful note.

Thank you everyone for making our day!