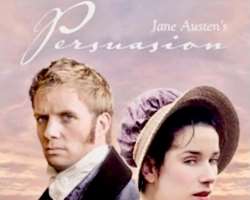 The movie is directed by Carrie Cracknell and starring Johnson and Golding as Anne Elliot and Mr Elliot respectively.

Persuasion promises "a modern, witty approach" to the classic novel.

Both Dakota Johnson and Henry Golding can now be seen for the first time in this tumultuous love story in the newly released trailer, ahead of its July 15 release.

Johnson expressed his delight in his role in the movie,

"I was drawn to the occasionally modernised language and themes, breaking the fourth wall and speaking directly to the audience, and the fact that a strong-willed woman remains as much a topic of discussion these days as it was then.

The synopsis reads: "Living with her snobby family on the brink of bankruptcy, Anne Elliot is an unconforming woman with modern sensibilities.

When Frederick Wentworth (Cosmo Jarvis) – the dashing one she let get away – crashes back into her life, Anne must choose between putting the past behind her or listening to her heart when it comes to second chances."

Persuasion will premiere on Friday, 15th of July.