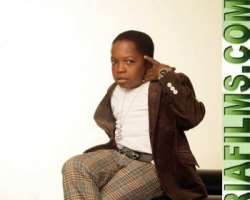 The Federal Government recently released the list of recipients for 2009 National Honours Awards. There are twenty two awardees for Members of the Federal Republic (MFR). Among the recipients is Nollywood actor, Chinedu Ikedieze aka Aki, a graduate of Mass Communication from the Institute of Management Technology (IMT),

“I see my name on the list of Nigerian for the award of Member of the Federal Republic of Nigeria [MFR]. It's Gods way of repaying me for all my effort towards and contribution to the growth of Nollywood in the country and the world in general,” Aki Said

What a lot of people in Nollywood don't understand was how Chinedu made the list when several veterans who started the race before him have not even been considered for the honours.

But that is not where I am coming from. It's not how long, but how well, right? My question is; is it fair for Government to have given Chinedu National Honour while ignoring Osita, (Paw Paw)? They started their careers same time, featured in the same movies, won many awards...so why ONLY Aki?