I Love To Do Music -- Whitemoney 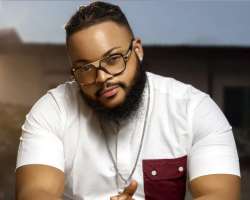 Whitemoney, the winner of the Big Brother Naija ‘Shine Ya Eye’ Edition has pleaded with critics of his music career to support him as there is no going back on his choice of being in the entertainment industry.

In a recent interview, he said music is a passion for him but understands that many of his fans want him to open a restaurant.

Recall Whitemoney displayed his cooking skills during the reality TV show which many speculated was a strategy to win the show.

Some had thought that he would probably turn into a celebrity chef with numerous restaurants but he dashed the hope of many as he chose music.

Currently, the white dreadlocked hitemoney has released two songs since his exit from the show but many Nigerians have continued to mock him, urging him to quit music career.

Whitemoney in the latest interviews said he has no doubt about his music career and is still optimistic that he would win the Grammy someday.

The reality TV star added that he would continue to chase his passion because he doesn’t want to get old and regrets not doing what he loves,

“People need to understand that we are different with different unique sounds. I have never had doubt in myself or my career because one day, I will win the Grammy. You can’t get it right at once or all the time, " he said.

On the same note, another former Big Brother Naija ‘Shine Ya Eye’ Housemate, Pere Egbi has surprised many of his colleagues as he splashes millions on a new ride despite winning an Innoson Jeep during the show.