Another Popular Nollywood Actor Passes On 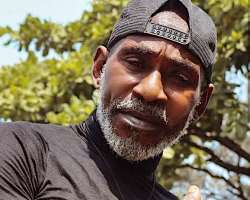 It is said that death is inevitable. The Nigeria movie industry had receive another shocking news of death of a veteran actor, Gbenga Richards.

According to reliable reports, the veteran thespian died on Thursday after battling with an illness, which is at the moment yet to be ascertained, for a long time.

Last year, some of his colleagues had appealed to the public to help donate funds to help save the actor who was battling with an illness.

The veteran actor is well known for his actions scenes and had contributed greatly to the growth and advancement of Nollywood.

The news of his death was announced by Femi Adewale, a popular media personality and Tv Director.

Richards has featured in box office films and was one time regarded as the Rambo of Nollywood. He will surely be missed!