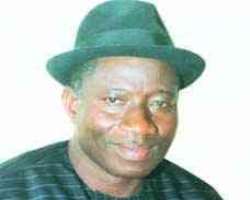 The move, which may send jitters into the political circle ahead of 2011 elections, is to commence soon. The mandate, it was gathered, might not be unconnected with discovery that some present and past political office holders and other categories of public office holders might have allegedly declared non-existing assets in anticipation of helping themselves with public funds to acquire such assets later in office in order to meet up with what they declared.

Besides, the bureau, in order to strengthen its enabling law to adequately deal with verification of assets of public officers before and after leaving office, is to borrow a leaf from China where a new legislation had just been put in place to deal with cases of breach of asset declaration law by dismissal from service or jail term for those found wanting upon verification of their assets as declared.

This much was confirmed by the Chairman of the bureau, Sam Saba, in his office while receiving members of the executive of the Abuja chapter of Nigeria Institute of Estate Surveyors and Valuers (NIESV), who paid him a courtesy visit yesterday.

While arguing that the Chinese law was the kind of legislation Nigeria needed to whip unscrupulous public office holders into line, he said one of the key mandates of his nine-member board as handed down by President Goodluck Jonathan's administration was to embark on verification of assets as declared by public office holders wherever they might have them.

He stated that the law on asset declaration would need to be strengthened to cover the actual value of assets as at the time of declaration and the value at the time of such office holder leaving office. Said he: 'We are embarking on serious verification of assets declared by public office holders. This is a mandate handed down to us by the present administration and we are carrying it out.'

He lamented that 'people declared their assets but the law did not provide for the actual value of the assets so declared as at the time of acquisition of such assets and at the time of declaration. People are hiding under this; this is why some even declared assets they didn't have so that by the time they will be leaving office they would acquire them.'

Commenting on the challenges facing the bureau, the chairman said the body had constraints and didn't usually hire consultants from outside, adding that even in the case of prosecution in courts, the bureau relied on its employed lawyers and others as sent to them by the office of the minister of justice and attorney general of the federation.

He expressed the readiness of the bureau to work with the NIESV on the need for assets declaration to be accompanied by proper evaluation reports, mapping and location of assets so declared by the public office holders to be able to guarantee transparency and accountability in the job of the bureau.

Earlier, the Chairman of the Abuja Chapter of the institution, Mr. Ayodele Ibuoye said his institution was ready to partner with the bureau in the discharge of its duties to the nation.