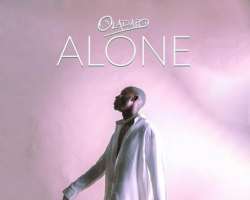 Afrobeats is enjoying profound global recognition at the moment and in-between its vulnerability and party-starting prowess is where you ﬁnd Oladapo.

For his ﬁrst single of the year, Oladapo recruits midas-touch producer, P.Priime, for a party-rocking yet intimate record that soundtracks the insatiable nature of girls and relentless pursuit from boys.

On “Alone”, Oladapo co-signed by Complex in 2020 as one of ten Afrobeats artistes tipped to blow, aces through the P.Priime beat with sonic ﬁnesse, bearing the emotions of a relentless lover over drum patterns that are certain to get you moving.

ABOUT OLADAPO
Tonade Oladapo Adetunji is a 22-year old Nigerian singer-songwriter from Ogun State, Nigeria. His musical sojourn began in 2018 with short freestyles posted on social media platform, Instagram, which he became faamous for. In 2019, he made it to the shortlist for the inaugural class of the Mr Eazi-powered music incubator program, Empawa Africa. A year after his participation, he was cited by Complex as one of ten Nigerian artists to watch.

Oladapo is a versatile artiste skilled in making Afro-fusion through a mesh of local languages; English, Yoruba & Pidgin English. He credits Afrobeat legend, Lagbaja, as his major inﬂuence. His debut EP, Blind, is set for release in September 2021.