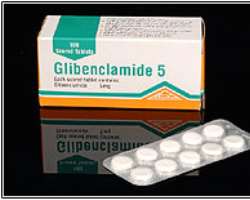 Glibenclamide
Thiazolidinediones (quite a mouthful you will say) are a group of drugs now being commonly used worldwide to treat diabetes. They are called TZD's or Glitazones for short. They were discovered by Japanese Scientists and have been in the market for more than a decade. These drugs are insulin sensitizers just like Metformin.

Insulin sensitizers are drugs which make the body much more sensitive to the action of insulin produced by the body or given as injection thereby helping to control the blood sugar level. They enhance the ability of insulin to cause Glucose in the blood to enter into fat cells, liver cells and cells in the muscles where they are used for energy or stored until needed.

The principle behind the use of these drugs in individuals with Type 2 diabetes is that since the basic problem in Type 2 diabetes is insulin resistance in which though the body produces insulin, even in very high amounts, the body is not responsive to the insulin produced, there is then the need to use drugs that will make the cells of the body more sensitive to the action of insulin. The principal action of insulin is to reduce blood sugar levels. Individuals with Type 1 diabetes, heart disease, pregnancy should not use these drugs. Regular tests on the liver called liver function tests should be carried out in individuals on these drugs.

Three drugs from this family have been used in humans. These include Troglitazone, Rosiglitazone with trade name Avandia and Pioglitazone whose trade names in Nigeria include Piotazone, Nilgar and Actos among others. Troglitazone was withdrawn from the market and is no longer used because of the liver failure and consequent death it caused in some people. Rosiglitazone (Avandia) is also under serious scrutiny in the United States of America about its safety in that individuals using it may be more susceptible to a heart attack.

Pioglitazone on the other hand appears to be the most favoured drug in this family for now because of its efficacy and good safety profile. These drugs can be safely used alone or combined with Metformin and other anti-diabetes drugs. The combination of Rosiglitazone and Metformin is marketed in Nigeria and elsewhere as Avandamet. TZD's are also known to help in preserving the cells inside the pancreas that produce insulin from being damaged from high fat and glucose levels in the blood. These drugs are also advantageous in that they do not cause hypoglycaemia (low blood sugar levels) since they do not increase the amount of insulin produced by the body.

These drugs have also been found useful in individuals with HIV infection who have developed fat related side effects from the antiretroviral drugs. They are also found useful in women with infertility due to a condition called polycystic ovary where this drug is known to enhance ovulation and subsequent improvement in fertility. People who have fat deposition in their liver called fatty liver are also known to benefit from using these drugs. They have also been found beneficial in those with abnormal Cholesterol levels. Once individuals with Type 2 diabetes start these drugs, their full effect on blood glucose control will be seen in about three months.

Like most drugs TZD's also have some possible side effects. These side effects may not occur in all individuals. These include anaemia which most times is not clinically significant, retention of fluid in the body which can cause increase in weight and swelling of the feet and legs, generalized muscle aches and pains, weakness, sore throat, headaches, jaundice, dark urine, nausea and vomiting and increased risk of bone fractures. Whatever drug is used to treat diabetes, they are more efficacious when they are combined with a regular exercise schedule and a healthful diet.