23 heads of state for W/Cup final 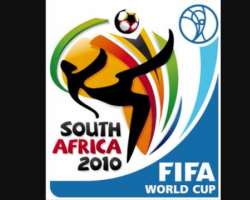 At least 23 heads of state and 18 eminent persons including the Secretary-General of the United Nations (UN), Ban Ki-moon, are expected to attend the 2010 World Cup final on Sunday at the Soccer City Stadium in Johannesburg, according to top officials.

“This is beyond a football match because of the various personalities we're expecting. So far, we have been informed that, at least, 23 heads of state and 18 eminent persons are expected,” disclosed South Africa police chief, General Bheki Cele.

“We have, therefore, put in place a special committee to take charge of this game.” A spokes person of the South African Department of International Relations and Co-operation further disclosed that Zimbabwe's President, Robert Mugabe, and Kenya's Mwai Kibaki are among 14 African heads of government expected to attend the much-anticipated match-up between Spain and the Netherlands.

However, there has still not been any confirmation whether South Africa's former president, Nelson Mandela, will grace the final. Mandela, who will be 92 a week after the final, stayed away from the opening ceremony following a family bereavement.