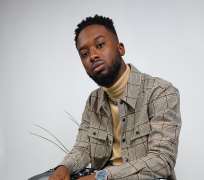 According to him, the EP is a documentary that showcases his journey as an artist, and the growth he has experienced over time. He also shows appreciation to the people who have supported him since the start of his music career.

This project is close to his heart and he can’t wait for the world to see the greatness on the inside of him.