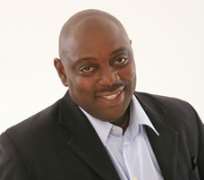 There are indications that the cordial relationship between the Nigerian movie industry, Nollywood and its counterpart, Ghana's Ghollywood, has hit the rocks as authorities of the Ghanaian movie industry have said that Nigerian actors will no longer be allowed to work in their country unless they pay a fee.

In a statement sent to the Actors Guild of Nigeria [AGN] Board of Trustees, said henceforth, any Nigerian actor participating in any of their productions will be compelled to pay $1, 000 (One Thousand dollars) or risk losing the job.

This development, according to the Ghanaians, is to give ample opportunities to their local actors, and as a result, develop their movie industry to an enviable height.

They are of the opinion that their Nigerian counterparts seem to be dictating the pace in the Ghanaian movie scene, and they want to address the issue before it gets out of hand.

Confirming this information to us on phone yesterday morning, the Chairman, Board of Trustees of the Actors' Guild of Nigeria, Prince Ifeanyi Dike, said he and his executives are already addressing the issue.

He said that he was shocked when he received the information “because I never believed such decision could come from the Ghanaians. Nollywood has done a lot to improve their movie industry and what they have done now is a clear indication that they are ingrates. How could the Ghanaians insist that Nigerian actors must be paying $1, 000 before participating in their productions?

“A lot of our popular artistes have been calling me on this issue and I have assured them that we are going to make the necessary moves. It was Nollywood that made Ghanaian actors like Van Vicker, so it is absurd for them to be creating hurdles for our own actors now.”

Prince Dike, however, stated that part of the resolutions made by his board is that if at all, any Ghanaian actor must act in Nigeria, such actor will also be compelled to pay $2,000,(two thousand dollars).

Meanwhile, as the number of foreign actors plying their trade in Nigeria's Nollywood continues to increase, the Actors Guild of Nigeria, AGN, has called on the Nigerian Film and Video Marketers to curb the excesses of these foreign actors.

The authorities of AGN reiterated that movie marketers, producers, directors and other stakeholders should avoid giving prominence to foreign actors at the expense of their local counterparts.

Star actor and National President of AGN, Segun Arinze, said he is not opposed to the use of foreign actors in Nigerian movies, but it should not be at the expense of the local talents.

According to Arinze, Nigerian movie producers should be cautious of the influx of foreign actors, especially the Ghanaians, who seem to be getting more roles and better remuneration in Nigerian films.

He, however, urged the producers to “embrace an 80 percent local talent and 20 percent foreign in our films.”

He said “the current situation is worrisome to AGN as our talents are left wasting away. More disturbing is the situation where our own actors are not engaged in jobs outside the country, making our efforts not reciprocal.

“AGN appreciates the contributions of our foreign colleagues to Nollywood but when the home grown talents are wasting away, we should have a re-think because we are equally talented.”