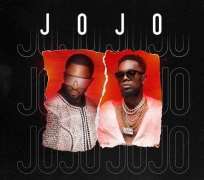 Following the release of his single, “Jah Guide Me” in August, Darey has dropped a new track off his upcoming body of work, titled “Jojo”. The multiple award-winning and multi-platinum singer will be releasing a new EP, “Way Home’ which also features Teni. It marks Darey’s second single release following last month’s ‘Jah Guide Me’, which shot to #1 in the Nigerian Singles Charts and the top 20 UK iTunes charts.

Darey’s newly released single, “Jojo”, which dropped on September 18, 2020, is a collaborative track with dancehall act Patoranking. Darey is one of the leading artists in Nigeria who dares to produce music across popular genres. Though known for his hits such as “Escalade”, “Not the Girl” and “Pray For Me”, the silky-baritone is redefining his taste through a groundbreaking genre that he terms Afro&B. “Jojo” promises to relive the party spirit with its high-energy percussion, compelling vocals and pulsating beats.

Shot entirely in Lagos, Nigeria, the Jojo music video is pristine and tells a story of a world post-lockdown, a reality which humanity longs for. Apart from the iconic city shots, electrifying dance moves, sweet vibes and colourful outfits, the video features an all-female biker crew which is a first in Nigeria as Darey and his team are quite passionate about women empowerment and support the call for women to take up more prominent roles in society.

Born of a jazz musician father, Art Alade, Darey is a singer, songwriter, music producer, radio & TV personality, showstopper extraordinaire and creative entrepreneur. Since gaining exposure across Africa on the music talent search reality TV show, Project Fame, Darey has made an indelible mark on the Nigerian and African music scene. He has also been a judge and host on shows such as Project Fame West Africa, Nigerian Idol, Access The Stars and most recently a coach on The Voice Nigeria.

As a creative entrepreneur, Darey is the co-founder of Livespot360, a creative collective responsible for some of the most innovative and disruptive ideas (and executions) in Nigeria. Under his creative direction, Livespot360 has delivered many successful campaigns and produced some of the most elaborate and groundbreaking concerts and festivals in Nigeria including, The Falz Experience, Livespot X Festival featuring Cardi B, Born In Africa Festival amongst others.

The multi-talented artist is set to get his fans dancing again with the release of “Jojo” which also signals the pre-order for his imminent new body of work.